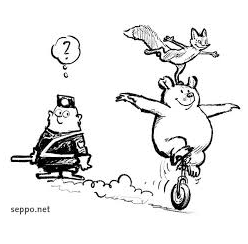 Senator Carl Murat Cantave, Speaker of the Upper House, facing a situation of “generalized degeneration” in the country, addressed a letter to President Jovenel Moïse in which he suggests a meeting between the 3 Powers of the State “with a view to discuss the urgent solutions to adopt to face this untenable situation and to give hope to the population,” correspondence which we invite you to read :

[…]
Mr. President of the Republic,

Our dear country is facing a situation of generalized degeneration. The problems of our Nation are indeed more and more numerous. The political transition initiated since 1986 has certainly not led to the long-awaited development path.

Since the fall of the Duvalier dictatorship, the process of Haiti’s collapse has accelerated and this, under the combined effect of unmaintained parameters : population explosion, rural exodus, weakness of the national education policy, under-qualified labor force, scarcity of foreign direct investment, drastic drop in national production, monopoly situation, concentration of wealth, high social inequality, widespread corruption and political instability.

Just as numerous and desperate have been, during the last ten years, the signs of this collapse : the 2008 food riots, the countless losses caused by the 2010 earthquake and Hurricane Matthew in 2016, the riots for fuel and the expensive cost of life of 2018. Each of these events had negative political consequences : demonization of leaders, including parliamentarians, radicalization of political positions, low turnout, electoral conflicts, violent demonstrations.

The overall situation continues to worsen since the beginning of 2019. To put it better, it is coming to a point of almost irreversible decay. As proof, the political crisis has worsened, capital is fleeing the country, our national currency has practically no value, unemployment is at its peak, hunger plagues a large proportion of the population, the State with difficulties pay public administration officials, and, worse still, organized criminal gangs operate daily with a raised visor in every corner of the country. Armed gangs define their territory. They sow grief and desolation in families. The population can no longer go about peacefully with its activities. The Republic is being held hostage. The efforts of the National Police have so far been unable to contribute to the restoration of peace.

It is obvious that you can not, alone change this negative gives secular. To restructure and put the country on the fast track of development requires the support all citizens. But it is up to you to put them in trust, to consult them and to unite them around programs and projects of socio-economic transformation.

In parallel with these structuring actions whose effects are expected in the medium term, Mr. President, you must address socio-economic problems, political instability and insecurity promptly because they constitute great obstacles to the success of development activities.

In this perspective, as President of the Senate, I suggest to the President of the Republic the organization as soon as possible of a meeting between the three Powers of the State, in order to discuss urgent solutions to be adopted to face this untenable situation and give hope to the people. I hope that my patriotic and responsible petition will be heard and operationalized.

I seizes the opportunity to renew to you the President of the Republic, the assurance of my highest consideration.