Their drug therapies “have revolutionized the treatment of some of the most devastating parasitic diseases,” the Nobel Committee of the Karolinska Institute in Stockholm said in announcing the winners. They are William C. Campbell, formerly of New Jersey, and Satoshi Omura of Japan, who share one-half of the $960,000 award; and Tu Youyou of China, who won the other half.

Dr. Campbell and Dr. Omura developed Avermectin, the parent of Ivermectin, a medicine that has nearly eradicated river blindness and radically reduced the incidence of filariasis, which can cause the disfiguring swelling of the lymph system in the legs and lower body known as elephantiasis.

Dr. Tu was inspired by Chinese traditional medicine in discovering Artemisinin, a drug that is now part of standard anti-malarial regimens and that has reduced death rates from the disease. 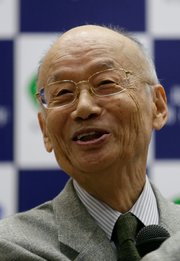 “These two discoveries have provided humankind with powerful new means to combat these debilitating diseases that affect hundreds of millions of people annually,” the Nobel Committee said in a statement. “The consequences in terms of improved human health and reduced suffering are immeasurable” because parasitic diseases “represent a huge barrier to improving human health and well-being.”

Parasitic diseases are a threat to an estimated one-third of the world’s population, particularly among the poor in sub-Saharan Africa, South Asia and Latin America. Insects transmit both river blindness (black flies) and malaria (mosquitoes).

Ivermectin and Artemisinin are included in the World Health Organization’s list of essential medicines and are distributed free or at low cost. The Nobel Committee said it was not aware of any active patents on the drugs. In 1987 Merck, which had profited handsomely from use of Ivermectin in domestic and farm animals, began distributing the drug free to people because those who needed it the most could not afford it. 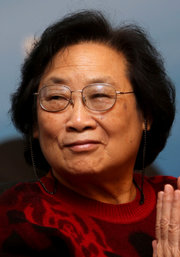 Dr. Campbell and Dr. Omura collaborated but worked independently on different aspects of the discovery of Avermectin.

Dr. Campbell was born in Ramelton, Ireland, in 1930 and earned a Ph.D. at the University of Wisconsin. He worked for decades at the Merck Institute for Therapeutic Research before moving to Drew University in Madison, N.J., as part of a program where retired industrial scientists direct research of individual undergraduates. Five years ago he moved to North Andover, Mass.

Dr. Campbell learned of his award when a reporter awakened him. “I thought he was kidding, and when I asked how I could find out, the reporter suggested the website,” Dr. Campbell said in an interview. 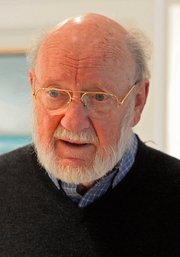 Dr. Omura, who was born in 1935, earned two Ph.D.s from the University of Tokyo, in pharmaceutical sciences and chemistry. He is emeritus professor at Kitasato University in Tokyo. Dr. Omura applied what the Nobel Committee said were “extraordinary skills in developing unique methods” for scientifically characterizing natural products in Streptomyces bacteria found in soil. Bacterial cousins have yielded antibiotics like streptomycin.At a news conference on Monday in Tokyo, Dr. Omura played down his accomplishments, saying, “I merely borrowed the power of microbes.” He said he was surprised by the recognition. “I never imagined I would win,” he said. “If I had, I’d have worn a nicer necktie.”

Millions lifes have beed saved by their work.Thank you to all of them for this outstanding achievement and the Nobel comitee. Special Thanks…

Dr. Omura carries a plastic bag to collect soil samples. From several thousand cultures of Streptomyces he focused on the 50 he thought showed the most promise against dangerous microbes.

After obtaining cultures from Dr. Omura, Dr. Campbell documented one that yielded a substance that was remarkably effective against parasites in domestic and farm animals. The sample came from a golf course near Tokyo. He named the purified substance Avermectin. Further chemical tests produced Ivermectin that killed parasites in infected humans. Their collective work produced a new class of powerful anti-parasitic drugs.

Dr. Tu, born in 1930, is chief professor at the China Academy of Traditional Chinese Medicine and the first Chinese scientist to win a Nobel science award. The Nobel Committee emphasized that it was not giving the award to traditional Chinese medicine but to a scientist who, inspired by it, went on to use sophisticated research methods to find a new therapy for malaria. The discovery came at a time when the parasites became resistant to more traditional drugs like quinine and chloroquine and as the number of infections surged.

Dr. Tu screened many herbal remedies in malaria-infected animals and extracted a promising agent from Artemisia annua. Because of inconsistencies in test results, she turned to ancient texts and discovered clues to identify and extract the active component of the Artemisia herb. In ancient times, people soaked the herb in water and boiled it. She realized that boiling could destroy the active ingredient and used other techniques to isolate it.

“Tu was the first to show that this component, later called Artemisinin, was highly effective against the malaria parasite, both in infected animals and humans,” the Nobel Committee said. Artemisinin combined with other anti-malarial drugs is part of standard regimens used in malaria-infected areas.

The committee said it had not been able to reach Dr. Tu and so did not know her reaction. Dr. Tu’s son-in-law, Lei Mao, who works at a pharmaceutical company in North Carolina, said she learned she won the award on television and was “very excited.”