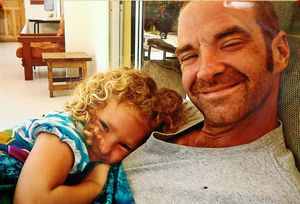 Everything moves slowly in Haiti.

After seven years, Daniel Pye and his wife, Leann, both from Bradenton, had grown accustomed to that unwritten law of the land.

They run an orphanage and mission in the southern coastal city of Jacmel, where they care for 22 children along with their 4-year-old daughter, Riann. Leann is expecting a son, Joseph Daniel, in a few weeks, too.

But the system came to a grinding halt more than four months ago, and it has them trapped in a nightmare.

Daniel is in jail and Leann said he did nothing wrong. She has been pleading for help since she returned to Bradenton in January.

The U.S. Embassy is working to move Daniel’s case forward, as are two Haitian senators and the country’s Ministry of Justice, she said.

Several lawyers, missionary friends and the senior pastor of her church in Haiti are also fighting to free Daniel.

On Oct. 13, Daniel was arrested and jailed without charges being filed against him.

The 29-year-old was detained after he and his wife went to the courthouse to sort out assets with a previous organization they worked with, said Leann, 27. During the process, Investigative Judge Jean Maxon Samedy ordered Daniel’s arrest.

“I was literally spazzing out in two languages, no one knew what was happening,” Leann said.

She said it was a pressure tactic to make sure the couple signed over assets. Daniel would be released if they did so, they were told.

They signed over the assets, she said. But Daniel wasn’t released.

“I was told my husband was being held by the court and that, legally, the judge can hold somebody up to 90 days to investigate,” Leann said.

According to Haitian law, an investigative judge can hold someone in jail for up to 90 days while an investigation is being conducted, said Joel Petit-Homme, a lawyer in Haiti. The accused doesn’t always have to be in jail during this investigation, but it can happen, he said.

“I remember when Danny was first put in prison. When I was told that he would probably be there for the 90 days. I remember saying, ‘There is no way I will last 90 days. There is no way that I can do Christmas alone.’ When talking with Danny, he said, ‘I can’t do three months in this prison. I won’t live,’ ” Leann wrote on her blog. “I wonder if God saw that as a challenge. Him knowing what the future days held. And now, four months later, I wonder where this strength has come from.”

Daniel was supposed to be released Christmas Eve.

Leann says she went to the jail to pick up her husband.

As the couple walked away from the jail, he was slapped with another arrest warrant. The judge had ordered Daniel back in jail.

“We were literally about 10 feet outside the prison. And that’s when I had my second meltdown,” Leann said.

The warrant was written in French. But Leann, who speaks Creole and English, said the paper was snatched out of her hand before she could get someone to translate it.

She later learned the judge had charged him with possession of illegal documents — specifically, his identification card.

Leann said the pair obtained Haitian identification cards legally from the immigration office in Port-au-Prince seven years ago. Daniel’s card expired in April 2010, but he had since obtained another form of legal identification, she said.

In January, doctors told Leann to return to the United States. The stress of the situation could cause premature labor, they said.

The U.S. State Department warns on its travel website that the “judicial process in Haiti can be extremely slow; process is often dependent on considerations not related to the specific case.”

Jon Piechowski, spokesman for the U.S. Embassy in Haiti, notes that travelers in a foreign country are under their laws and their system.

“For him and his family, it’s a frustrating experience and we are trying to get the government of Haiti to move this along,” he said.

According to Osner Fevry, a legal expert in Haiti providing Daniel assistance pro-bono, the charges against Daniel stem from a personal issue with Samedy, the judge.

After the devastating earthquake in January 2010, a considerable number of international organizations flooded in with relief. Daniel helped translate for one of those groups.

“We knew the people and the language,” Leann said. “We helped an organization rent a hotel. And it’s my understanding the judge was at that hotel and had to leave,” once it was taken over.

Fevry contends the judge could not “forget this past experience” and now “is taking revenge.”

“I think we’ll get him out. I am convinced there is no evidence to keep him in prison and it’s a kind of personal revenge,” Fevry said. “Ethical and moral principles have been violated by the judge.”

Being an American might benefit Daniel in jail, according to Ken Boodhoo, an emeritus professor at Florida International University specializing in Haiti.

“It’s fourth world … they don’t have structure in their society to help them,” said Boodhoo. “He would get good treatment there by Haitian standards because he is an American. It’s very likely they would permit his friends and relatives to take meals to him.”

That’s exactly what Leann did right after Daniel was jailed. She also provided cleaning supplies and medical aid for her husband after he caught malaria, skin infections and had digestive issues that put him in isolation.

Come November, however, all visitation to the jail was severely restricted because of the cholera epidemic. Her visits were limited.

Since her return to the United States, Daniel has been protected and taken care of by his cellmates, who recognize him from his missionary work, she said.

In her blog, “Pye’s in Haiti,” Leann has shared her sadness.

This entire situation is complete and unadulterated Bull Shit!!

Minister of Justice, Paul Denis, can just pick up the phone and say RELEASE THIS MAN – IMMEDIATELY!!! and it will happen.

The American embassy has used the visa game to get results so a call to Senator Lambert, from Jacmel, or Mayor Zenny, with a subtle suggestion, will also get results.

A couple of calls is all that is required to get this guy out of jail, or is this another message from Preval to the Americans??!!!

If this is the case, the American embassy should tell Preval it will reopen investigations into Preval involvement with the cocaine trade.

Keep it simple stupid!! Not bad advice. Use a threat where a threat is understood…and that is Haiti.