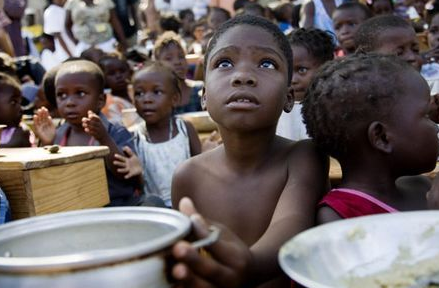 A report by the Food and Agriculture Organization of the United Nations (FAO) entitled “Panorama of Food and Nutritional Security in Latin America and the Caribbean” indicates that in Haiti are observed the highest levels of malnutrition “Nearly 47% of the population does not meet their minimum food needs, which is equivalent to nearly 5 million undernourished Haitians, or nearly two-thirds of those affected in the Caribbean” while the report mentions at the opposed that 11% of Haitians suffer from obesity…

At the maternal death level the report states “Globally, almost all maternal deaths occur in low resource contexts and could be avoided. Objective 3.1 proposes to reduce the maternal mortality rate to less than 70 per 100,000 live births. In this regard, virtually all countries in Latin America and the Caribbean have made progress. According to the latest available figures, 17 countries in the region are already achieving this target.