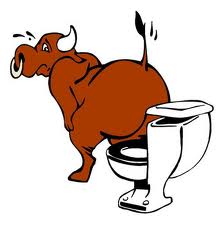 By G. Dunkel-Workers world (far distant communist site that knows nothing about Haiti)

At least 100,000 Haitians came out to march on Sept. 30 in the capital, Port-au-Prince. They marched not just to commemorate the 22nd anniversary of the first coup against Jean-Bertrand Aristide, the first popularly elected president of Haiti, but to protest the current government and the United Nations occupation of their country.

The National Movement of Popular Opposition, the Patriotic Force for Respect for the Constitution, and the Patriotic Movement of the Democratic Opposition (MOPOD) called the demonstration. Most marchers were connected to Aristide’s Fanmi Lavalas party through a variety of organizations and community groups.

More protest than commemoration, the march began at Saint John Bosco Church, where Aristide served when he was a priest. “Down with Martelly!” “Down with the U.N.’s Cholera” “End the U.N.’s occupation” were the demands. (HaÏti-Liberté, Oct. 2)

Drawing 100,000 people to a protest march is not easy anywhere. In Haiti, where electricity for poor people is scarce and episodic; when tens of thousands are still living in tents, shacks or housing severely damaged by the 2010 earthquake; where phone service and the Internet are sparse, people rely on word of mouth and radio announcements.

The size of the march — minimized by most of the online Haitian press but confirmed by photos at flickr.com/photos/kimives/ — testifies to the growing anger over President Michel Martelly’s corruption, both legal and illegal.

When Martelly travels outside the country, which he does often, he draws $20,000 daily for his own use. Eighty percent of Haitians make less than $2 a day. And each person in the large entourage he takes along gets a hefty per diem. His spouse and son are implicated in a number of questionable schemes, and the investigative judge looking at their case died suddenly.

Martelly was deeply involved in both coups against President Aristide; the nightclub he managed was a hangout for the anti-Aristide Macoute leadership. Though he is currently obligated to call elections, Martelly is maneuvering to postpone them until he can get Fanmi Lavalas and other progressive candidates off the ballot. For the Haitian ruling class, removing the opposition is the easiest way of ensuring their candidates win the vote.

U.S. Secretary of State Hillary Rodham Clinton imposed Martelly as president in the 2010-2011 election. The U.N. force known as Minustah replaced the joint U.S.-French-Canadian military occupation in 2004 and has remained ever since. Minustah also introduced cholera into Haiti in 2010, leading to 675,745 cases and 8,265 deaths, according to the Haitian health ministry as of Sept. 9. All these issues anger the Haitian population.

The march swelled and grew more spirited as more contingents joined. As it was heading down Avenue Martin Luther King toward the main government buildings around the Champ-de-Mars, it ran into police barricades. Cops tried to disperse the crowd with tear gas. HaÏti-Liberté reported that as the crowd dispersed, some groups set up barricades of burning tires, in particular blocking Boulevard Jean-Jacques Dessalines, one of the main roads in Port-au-Prince.

MOPOD also called major demonstrations with the same demands in the provincial cities of Cap-Haïtien, Miragoâne and Les Cayes. (Oct. 1)

With Martelly’s departure in the foreseeable future, about 100 delegates from nearly two dozen popular organizations from all over Haiti met in Port-au-Prince on Sept. 29. They set out to elaborate plans for an interim government to let Haiti conduct free, fair and sovereign elections.

The Dessalines Coordination (KOD, from its Creole name) proposed a detailed structure “… so that Washington, Paris and Ottawa don’t simply impose another puppet on Haiti, as they have done so often over the past two decades.”

The KOD plan, picking up on a Haitian Senate resolution, explicitly calls for Minustah to leave no later than May 2014.

No wonder the world gets a warped concept of Haitian reality!!!

With a few strokes on their keyboard, this leftists group takes fewer that 500 demonstrators and creates a mob of 100,000!!!

Time for a reality break!!!

The October demonstration drew fewer than 500 people, including media.

The facts are very simple.

The Vast, and I mean Vast majority of Haitians support Michel Martelly. They have lost all faith in the so-called Democratic Process. They have lost they last drop of faith they had for Aristide/Lavalas.

Unfortunately, articles like this are read, and worst of all, believed to reflect the truth.

Martelly is not perfect but he is the first step to cleaning up the intolerable mess created during the Aristide/Preval/Lavalas years.