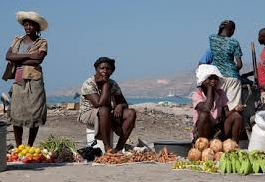 Microlending Could Help Bail Out Personal Debts in Haiti

With more than 80 percent of households in Haiti’s capital living below the poverty line and 94% in the rural areas in debt, helping people to break out from the cycle of perpetual indebtedness is a gargantuan challenge. The average amount of debt per household is $255 while in rural areas, it grows to $394 (ACTED). These figures are five to 11 times more than the average salary of an employed Haitian. ACTED surveys indicated that profits from income-generating activities are not enough to sustain operations, putting people in the vicious cycle of debt. Education fees are also important reasons why Haitians incur debts, as well as household repairs and reconstruction, forcing them to borrow money. The country is prone to natural disasters as well, including a catastrophic earthquake in 2010 and countless hurricanes and storms that batter the nation.

There are nine commercial banks in Haiti which fall under the supervision of the Central Bank (Banque de la République d’Haïti). Interest rates are relatively high and most Haitians do not have access to the formal credit sector. Unsecured loans and personal lines of credit are vital but difficult to acquire in a country where 59 percent of the population live on less than $2.41 a day (Worldbank.org). During the time of Aristide, cooperatives mushroomed all over the country with the belief that they would drive economic development. Traditional cooperatives were already in existence before this crisis, offering credit at a 4 percent interest rate to those who have no access to commercial banks. However, there were some co-ops that charged 10 percent, increasing later to 13-15 percent. The excitement of an economic turnaround with cooperatives turned into disillusionment and with it, more than $200 million in unsound investments.

Microfinancing as a Source of Funds

Microfinance organizations are helping Haitians improve their social and economic conditions slowly by providing tiny loans that will assist them to start a business. In Haiti, 80% of the commerce comes from self-employed entrepreneurs. Fonkonze, the largest microfinance institution in Haiti, promotes financial inclusion among the nation’s poorest citizens. Microlending, the act of providing small amounts of loans to an individual or groups to fund a business or activity, is a strategy that can help Haiti, providing jobs and incomes to those in need.

Under microfinancing, it is important to note that loans are not subsidies. They must be paid back. Fonkonze, founded in 1994, has 200,000 savings accounts and 45,000 loans. It also launched a new initiative, Zafen, a website that allows the Haitian Diaspora to connect with businesses that require investments or loans. The microfinance organization also works with Haiti’s Alternative Insurance Company, offering an insurance with each loan. Should the loan holder pass away, the debt is forgiven and the family is given a small amount to help with funeral costs.

The majority of Haitians are struggling with personal debts, finding themselves in a vicious cycle. Microlending alone has many strengths, including a source of financial services for those with little to no access otherwise. It helps build income  and assets, further preparing the vulnerable for personal shocks. In the process, quality of life is improved through better living conditions, health, nutrition, and education.