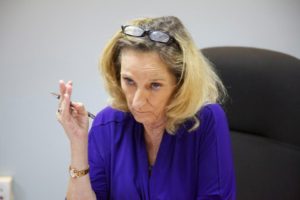 There is a movement, within the Haitian Parliament,  that asks for the Obama administration to replace Ambassador Pamela White.

They have written directly to President Obama.

Some believe that her long-time friendship with First Lady, Sophia Martelly, is detrimental to the overall process.

They knew each other in the mid-eighties when working with USAID.

If Sophia Martelly – American citizen – had a lily white reputation, it would be one thing. However, with all of the charges against Sophia – real or imagined – the Americans need a representative that is seen as detached from the ongoing cat fight.

The American Ambassador must retain an arm’s length detachment from Haiti’s internal affairs. Otherwise she is seen as a member of the Martelly team. This concept is solidified by the fact that she  is said to have  numbers of Americans, from the embassy, working inside the National Palace. If this is true,

Haitians see the Americans as endorsing the fiascos created by Martelly’s team.

Haitians see this close relationship as American support for the electoral charade.

Many in Parliament say that the American ambassador has accepted cash from Haitians.

Even though this is not true, it is not useful, or constructive, to have a situation in which Haitians have this rumor to consider.

As we have often said, Haitians prefer rumors to facts.

Another case of Reality, and Perceived Reality.

Unfortunately, we cannot separate the two or, perhaps, they are the same?

Time to send in a new team into the game and avoid unnecessary tripotage.