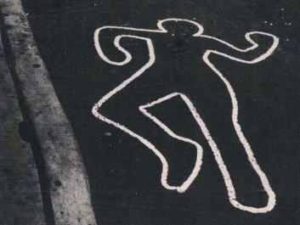 PORT-AU-PRINCE, Dec 6 2001 (IPS) – A regional journalists’ association expressed concern Thursday about the safety of media workers here, even as suspicion swirled around government supporters in the slaying Monday of a radio reporter.

Brignel Lindor, news director at privately run Echo 2000 in Petit Goave, 77 kilometres southwest of this capital, was killed Monday night by unidentified assailants suspected of being partisans of the ruling Lavalas party.

On Thursday, the Association of Caribbean Media Workers (ACM) issued a statement expressing its “shock and condemnation”.

“We believe there is strong reason to connect his murder to recent death threats received by him from persons opposed to his choice of radio talk show guests,” the association said. “We call on the Haitian authorities to take strong action to ensure that the perpetrators of this crime are brought to justice in an expeditious fashion.”

“We further urge that special attention be paid to the safety and security of all media workers in view of a recent upsurge in violence against journalists especially in the cities of Port-au- Prince, St Marc and Les Cayes, and in Petit Goave where Mr. Lindor worked,” added the Trinidad-based ACM.

The gang suspected in Lindor’s killing reportedly had set out to avenge the beating earlier Monday of a government supporter at the site of a rally called to urge President Jean-Bertrand Aristide’s resignation. The opposition protest was organised by the Democratic Convergence coalition.

Especially troubling to the ACM and to journalists here, a town council member turned over Lindor to his killers. The victim had been riding in a car driven by a friend when his attackers began stoning the vehicle. Lindor’s friend fled and the victim took refuge in the nearby home of the council member, who proceeded to deliver the journalist to the mob.

The body was collected four hours after the murder. No police report was filed and the crime scene was not secured. No arrests have been made.

Echo 2000 suspended its broadcasts after news of the murder was announced, citing security concerns.

“The town’s mayor, Emmanuel Antoine, called the radio station that day and threatened to shut us down. During a Friday press conference, Dumay Bony, Petit Goave’s deputy mayor, threatened to enforce the ‘zero tolerance rule’ against” Lindor and opposition figures invited on the show, Alezi recalled.

In particular, local Lavalas officials took umbrage at the show’s broadcast on the eve of a general strike in the country’s south called by the opposition.

Lindor’s colleagues also recalled his telling them that “chimes” û or vigilantes loyal to the regime û had made verbal death threats against him.

Aristide introduced in June a “zero tolerance” policy on crime under which due-process rights have been waived for defendants said by police to have been caught red-handed in the commission of crimes.

The policy, rights groups and the opposition alike have charged, effectively opened a Pandora’s box of summary executions, vigilante justice, political killings, and tolerance for such crimes. Lynchings have since become more common and Lindor’s murder – at the hands of a mob and with little subsequent interest – has become a symbol of their concerns.

Police officials have condemned opponents of the policy. Harassment of opponents prompted the New York-based National Coalition for Haitian Rights (NCHR) to write Oct. 18 to Prime Minister and police overseer Jean Marie Cherestal to denounce the threats and urge action to curb them.

Despite the government’s ostensible crackdown on crime, critics have charged, offenders connected to Lavalas have been allowed to roam at liberty.

These include Paul Raymond and Rene Civil, leaders of grassroots groups loyal to the Aristide regime. The two have accused human rights organisations of exploiting political crisis in the country to bolster the opposition.

Raymond and Civil have had several arrest warrants issued against them in connection with the investigation of the Apr. 3, 2000, murder of prominent journalist Jean Leopold Dominique and a security guard at his radio station. None of the warrants has been served and apparent police neglect of the case has drawn expressions of concern, most recently, from the ACM, which referred to the case in its statement Thursday.

Diplomats and political analysts, speaking on condition of anonymity, said they were bracing for a further escalation in violence against the media as the political situation continues to deteriorate. Nearly a dozen journalists have reported being attacked, questioned by police, or threatened by pro-government groups since October.