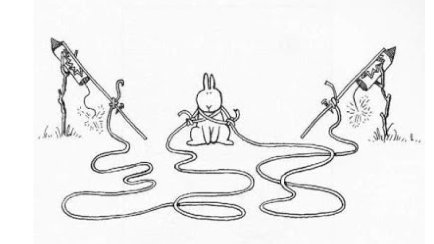 PORT-AU-PRINCE, Haiti — A commission recently appointed by Haitian President Michel Martelly is calling for his prime minister to resign so a new consensus government can be formed, according to a report obtained Tuesday by The Associated Press.

The 11-member panel made up of former officials and religious leaders was appointed by Martelly on Nov. 28 to help resolve a political stalemate holding up long-delayed legislative and municipal elections. In recent days, there has been an uptick in street protests by government critics demanding a chance to vote and calling for a new political administration.

After eight days of consultations, the commission delivered a report recommending that Prime Minister Laurent Lamothe step down in the next week in order to pave the way for a consensus government to be created.

It also calls for resignations before Christmas by the president of the Supreme Court and the current members of Haiti’s Provisional Electoral Council, an institution that has long been criticized for alleged bias and votes plagued by fraud allegations.

Among other “appeasement measures,” the commission says several “political prisoners” allegedly arbitrarily arrested and not yet taken before a judge should be immediately released. A “truce” should also be adopted by political opponents to allow dialogue to take place with the government, it said.

At a news conference, Martelly said he will make decisions about the commission’s recommendations over the next 48 hours and then address the Caribbean nation.

“For me, there is no sacrifice that is too big for Haiti, for durable stability,” he said after receiving the report from the commissioners. “I certainly can’t promise anything at this minute, but by Friday I will have a message for the nation.”

There was no comment from Lamothe, who did not attend the news conference.

Martelly was supposed to call elections in 2011 for a majority of Senate seats, the entire Chamber of Deputies and local offices. But he hasn’t done so and has filled numerous positions by appointment. Electoral legislation authorizing the elections that was approved in 2013 by the Chamber of Deputies has not been taken up in the Senate, where six opposition senators argue the measure is unconstitutional and unfairly favors the government.

Administration officials insist the government wants to hold the elections. The terms of 10 senators expire in mid-January and Parliament will be dissolved, meaning Martelly will rule by decree.

A sad day for Haiti.

This entire crisis was generated by Martelly in order to force his best friend – Laurent Lamothe – out of the Prime Minister’s office. He could have just sat with Lamothe, during one of his nightly visits to Martelly’s place, and asked him to go.

This entire fiasco was created after Kiko’s “business associate” was arrested by he DEA in Leogane. All of a sudden Kiko was paying protesters to march against Lamothe. This is one thing, but we now have evidence that two of the better organized demonstrations were paid for by Martelly.

This 11 person commission was a crime.

Martelly effectively abandoned his authority to 11 non-elected people who seem to have published a pre-agreed to list of things, plus one Martelly never expected.

CREATION OF A GOVERNMENT OF CONSENSUS!!!

That means the end of Martelly!!

What does he do now?

The people favor Lamothe, but then their wishes have always been ignored.

We had the opportunity to break the ties with Aristide/Preval philosophies of violence, murder, kidnapping, cocaine…. But Martelly has destroyed his own Presidency with a little over a year to go in his term.

Without Lamothe, Martelly will be toast within 4 months.

It didn’t take a commission to say : I will hold elections in December, 2015 and ask International Community to assist. I will also rule by decree for 90 days and restructure our flawed Constitution.