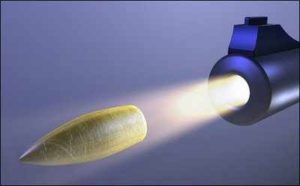 A man who was shot and robbed while volunteering in Haiti is now receiving treatment at Jackson Memorial Hospital.

Authorities said 50-year-old Dave Bompart was robbed and shot on Wednesday in Haiti.

Bompart, called “Big Dave,” was helping build a 40-bed orphanage in the country. “Went to the bank to get money to feed the kids at the orphanage and move on with the construction,” said Dr. Barth Green of Project Medishare. “He drove away from there, and probably, someone saw that he took this money out for this purpose, and they followed him on a motorcycle and just sprayed his car and shot him.”

Bompart was shot in the abdomen. He underwent several surgeries in Haiti and was airlifted to JMH in Miami where he remains in serious condition. “[He] reached a point where he went into shock several times, so Jackson Memorial Hospital agreed to bring him up here, stabilize him,” said Green.

Bompart is currently on life support and a ventilator. “It just kind of hit me in the past two hours that my husband was shot,” said the victim’s wife, Nicolle Bompart. “I never pictured myself saying that my husband was shot, and he may not make it. But I will tell you this, with 100 percent conviction: if he doesn’t make it, he’s going to a good place.”

Originally from Columbus,Ohio, Bompart has been in Haiti for years. He rushed to the island nation after the devastating earthquake hit two years ago and helped build the Project Medishare hospital. “Right after the earthquake, Jackson Memorial, the University of Miami, created a 300-bed field hospital,” Green said, “air condition, ICUs, outfitting rooms, the only one to treat the tens of thousands of critically injured patients of Haiti, and one of our leaders was her husband, Dave Bompart.”

The hospital is devoted to providing care for the numerous earthquake victims. Nicolle Bompart said, “Bad things happen to good people all the time, and I know that if he were able to talk right now, he would say that he would do it again. He loves the Haitian people; he loves the Haitian culture.”

Bompart also adopted a child in Haiti who needed heart surgery, then brought the child to the U.S. to be a part of his family. “If I could just put it into a word: he’s a hero,” his wife said. “He truly is a hero.”

Those who robbed and shot Bompart made off with cash and a passport; his family, however, is glad that he is still alive, and they hope he will pull through.

Because Bompart dedicates his life to volunteering, he does not have medical insurance. If you would like to donate to help out with his medical bills, please visit https://sna.etapestry.com/fundraiser/IntotheField-ITF/bigdave/ .

2 thoughts on “MARTELLY PROMISED SECURITY AND HAS FAILED TO DO SO….THINGS ARE WORSE THAN WITH PREVAL WHILE MARTELLY TEAM JUST STEALS MONEY. SECOND AMERICAN SHOT IN ONE WEEK”