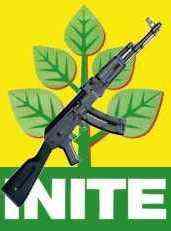 AFTER ALL THE SMOKE & MIRRORS ABOUT INTEGRITY, MARTELLY MAKES A DEAL WITH PREVAL/INITE AND SENATOR LAMBERT WHEN HE COULD HAVE HAD THE PRESIDENCY, WITHOUT THEM

Seems as though Martelly met with Preval on Saturday and went over the Constitutional amendments that, among other things, will allow dual citizenship and a back-to-back presidency, which means a Martelly, Preval, INITE combo could be with us for 10 years.

The ongoing situation was one in which Parliament could have recessed, without installing Martelly and Preval could have walked away, without doing anything.  In this case, Martelly could have acted, under the constitution, to effectively derail the Chamber and the Senate for a year and taken his place as President..

This would have eliminated Preval’s influence and eliminated INITE from the game.

Instead, because his inner circle lacks any sort of relative experience, and lacks guts, the Martelly presidency is off to a crippled start.

How can you deal with the likes of the Mega-Criminal Preval or Senator Lambert,  a Cocaine King,   and have the world take your government seriously??  Lambert, who is no Mr Nice Guy,  has a lot of experience, in the wrong fields: murder, kidnap, corruption and cocaine trafficking.

Martelly should have ridden out the storm that could have happened, on  May 14,  and gained the control he needs to function and meet  expectations of his supporters who are – without exception – sick and tired of the Preval, Lambert, INITE criminal circle. They gave Martelly the power in order to eliminate this criminal clique..

His “Kitchen Cabinet” should have stuck to cooking griot and left the political maneuvers to those who know the game. Martelly’s inner circle is a confused herd, each looking for personal advantage while ignoring the needs of our Nation.

If you want to do something, you have to talk to Claudine, some sort of relative,  who wasn’t doing anything substantial two months ago. Now she is one of the gatekeepers along with others of limited capacity.

They wouldn’t recognize a real solution if it jumped out and bit them on the ass.