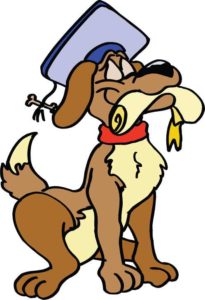 It is disgusting that a country that continually produces some of the greatest novelists, poets, filmmakers, painters, musicians and other artists in the world should have as the lead representative of its culture a discredited political apparatchik and quisling of authoritarian rule such as the man proposed yesterday by Haiti’s new Prime Minister, Laurent Lamothe.

Mario Dupuy, as the Secretary of State for Communications during the second term of Haitian President Jean-Betrand Aristide – a man branded by the press-freedom organization Reporters Sans Frontières as a predator of press freedom in May 2002 – served as one of the most public faces of a regime dedicated to strangling, rather than encouraging freedom of speech and freedom of expression.

“Impunity has been at the root of the authorities’ strategy of cowing the media,” Reporters Sans Frontières said in its press release at the time, directly referring to the Aristide government’s active blocking of the investigation into the 3 April 2000 murder of Radio Haiti Inter journalist Jean Dominique and the 3 December 2001 murder by a pro-government mob of Radio Echo 2000 reporter Brignol Lindor in the town of Petit-Goâve.

“At best, [Aristide] is protecting the killers, at worst he is involved in the murder himself,” RSF continued in its statement.

On a 3 March 2002 radio broadcast, Dominique’s widow, the journalist Michèle Montas, said that “all the resources, i.e. logistical, technical, and financial made available in this judicial case by the preceding government have been cancelled.”

Such was the commitment to freedom of expression of the government that Haiti’s newly proposed Minister of Culture served.

And yet there is more.

How can those of us who were present in Haiti from 2001 until 2004 forget the role that Mario Dupuy played in legitimizing violence against demonstrators and the press?

To recall but a few examples:

On 3 December 2002, the first anniversary of the murder of the journalist Brignol Lindor,  after several thousand Aristide supporters had chased away anti-Aristide demonstrators with stones and bottles and hit them with metal bars and whips in Place d’Italie in the heart of Port-au-Prince, when asked about the violence Dupuy breezily concluded that “this is democracy. People, including government supporters, may take part in any march they want to.”

In September 2003, Dupuy was one of numerous Aristide government officials who, during simultaneous television and radio interviews, announced that the regime they served would  move to revive a presidential decree passed by dictator  Jean-Claude Duvalier on 17 October 1977, which stated that “broadcast information must be precise, objective and impartial, and must come from authorized sources which are to be mentioned when broadcasting. Those who are responsible for the broadcasts have to control the programs to ensure that the information—even when it is correct—cannot harm or alarm the population by its form, presentation or timing. The broadcast stations will provide a channel for the broadcasting of official programs, if so required by the public powers….” This was a naked assault on articles 28-1, 28-2 and 245 of Haiti’s 1987 constitution, which forbids censorship and protects free speech and journalistic practices.

On 10 February 2004, as the Aristide government was teetering amid massive street protests against its rule and a rebellion initiated by a formerly loyal street gang in the northern city of Gonaives, Dupuy said he was “saddened by the behavior of certain journalists who he claimed are working as press attachés for the terrorists, blindly relaying the false information that they give them in an attempt to psychologically destabilize the police and the general population.”

In the weeks that followed before Aristide’s 29 February flight into exile, journalists, both foreign and Haitian, were routinely attacked and robbed by armed government partisans. I personally had a 9 millimeter pistol pointed at my head head and a shotgun trained on me by armed government supporters. A number journalists suffered much worse fates.

This is the person that Haiti’s President Michel Martelly and Prime Minister Laurent Lamothe  think is the man to represent Haitian culture to the nation and the world? This in a country whose writers from Jacques Roumain to Lyonel Trouillot, whose musicians from Nicolas Geffrard to the band Boukman Eksperyans and whose artists from Edouard Duval-Carrié to Stevenson Magloire have always most eloquently expressed themselves in the key of opposition to tyranny?

Amnesia may be the politically correct posture to adopt in Haiti today, to pretend that all of the country’s history began with the devastating earthquake of 12 January 2010. But as someone who came into office as a political novice promising a break from Haiti’s traditionally corrupt political class, President Martelly and Prime Minister Lamothe owe the Haitian people better than the attempted recycling of one of the tainted elements of Haiti’s painful past.

When they mentioned Dupuy as a member of Martelly’s team I commented on how the world viewed him when he was an Aristide lap dog.

He was the worst of the worst.

Now, he seems to be acceptable because some folks say… “Mario Dupuy now hates Aristide!!”

He once loved Aristide and did Aristide’s dirty work.

Surely, we have someone else we don’t have to make excuses for.