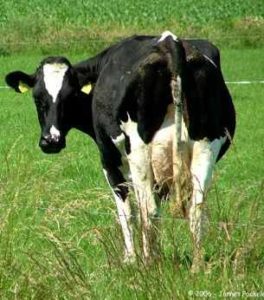 “I feel an enormous sense of responsibility,’’ Manigat says in her soft-spoken voice. “I love Haiti, but I do not like what it has become.’’

Manigat, 70, cruised into the runoff of Haiti’s chaotic and controversial Nov. 28 presidential election. Now, the constitutional law expert is trying to regain her footing after being sidelined to spectator status as Haitian President René Préval and the international community fought a two-month political battle over who would be her eventual opponent.

“People are saying Martelly has the youth, but what youth?’’ Manigat said. “The youth is diverse.’’

Still, Manigat understands winning over young voters will be key to becoming this destitute nation’s first elected female president. With hip hop artist Wyclef Jean supporting Martelly, she has gone after the endorsements of university students, star athletes and Haiti’s most popular rappers, Barikad Crew. The group was behind Jean’s failed presidential bid but has now switched sides.

“A musician is here to hold his microphone not to lead the people,’’ said lead rapper Daniel “Fantom” Darinus, 30. “You cannot take a dentist and make him a minister or take a football player and give him the country to run. The country is not a ball to be kicked around.’’

After a quarter-century of the failed promises of democracy, lackluster leadership and repeated national disasters, the hunger for change may be strong enough to favor a woman who evokes the image of a grandmother rather than a slick politician, say Haiti observers.

“If Manigat can successfully portray Martelly as unacceptable, she has a legitimate shot at winning,’’ said Robert Fatton, a Haiti expert at the University of Virginia. “She can use the fact that she is a woman and not from the ruling party to indicate that she is different.’’

Manigat does have her challenges. For one, she is not as well-financed or tech-savvy as Martelly, and — like her opponent — falls short on program specifics. And then there is her famous husband, former President Leslie Manigat. He was ousted and sent into exile after a 1988 coup 4 ½ months after becoming president in military-organized elections. He has kept a low-profile but the past still looms large. Some still begrudge his participation in the 1988 elections and her 2006 withdrawal from her Senate candidacy, after he was prevented from advancing into a presidential runoff against Préval.

“This is a tough choice for Haiti,’’ said Michel Eric Gaillard, a Port-au-Prince political analyst. “Unfortunately, neither of the candidates is the best example of integrity. On the one hand, while one candidate indirectly benefitted from the carnage of the 1988 rigged election and subsequently abandoned voters on the second round of the last senatorial election, the other has a track record of misbehavior and indecent exposure on the public scene.’’

“Mirlande Manigat represents the clear center in the political spectrum that we need; someone who will respect the law and create the conditions to reinforce the institutions, the middle class and therefore the economy. All are essential pillars of democracy.’’

A respected intellectual with a reserved personality, Manigat says those characteristics and her age are advantages in a race that has become largely about personalities and the past instead of issues and the future.

Martelly, with his populist charm, rarely passes up a chance to rib her. She, on the other hand, prefers to steer clear of the personal attacks. Still, she has a subtle wit.

Then she issued a warning to Martelly, 50, whose supporters shut down major cities for three days after the first round of balloting, alleging fraud.

“If there are people who think they are going to protest on the 21st [of March]. We, too, will be in the streets. Prepare yourselves,’’ she said. “We are going to vote en masse and in peace…. But if they come to fight. I want you to fight.’’

On the campaign trail, Manigat prefers to keep the focus on her message of competence, serious and strengthened government, poverty alleviation, education and developing a civil registry for Haitians.

But it’s her foray into the dirt poor and gang-ridden slums that has gotten her nods. She uses the rallies to tackle poverty and change her image as a French-speaking intellectual who’s distant from the masses.

Viewed as a “Haiti First” politician by the international community, she has sought to rebrand her image while advocating tighter controls over non-governmental organizations. She has softened her position on the U.N. peacekeeping forces and supports the establishment of a Haitian military force.

She also supports the return of former President Jean-Bertrand Aristide — but after the elections — and says both he and former dictator Jean-Claude Duvalier should be allowed to practice politics as citizens, pending no legal problems.

In a country where corruption is rampant, Manigat entered the race as the image of integrity. But her alliance with a coalition of Haitian congressmen and others who have been dogged by corruption allegations has been criticized.

Recently, her appearance at an Interim Haiti Recovery Commission meeting with one of those backers, Sen. Youri Latortue, elicited snickers in diplomatic circles.

“It’s not at 70 you become corrupt,’’ she said, adding that no one has presented any proof of corruption involving any of her backers.

Latortue, a polarizing and powerful politician from the Artibonite, dismisses the criticism saying, “Madame Manigat has a team of experienced politicians with her.’’

“You have to go after the power, get to the power and when you are in the power, you have to manage how you stay in power. Mirlande Manigat today is in the first step, and she’s making certain deals or bringing on board allies that probably would not be the best perceived,’’ said the former senator. “When she gets there, she is going to have to reassess how do I move forward and get people more able to help me deliver.’’

It was at a gathering Boulos organized in Northeast Haiti that the slogan, “Ban’m manman’m. Ban’m manman’m’’ (Give me my mother), caught on and has since become Manigat’s unofficial battle cry. As she engages the crowd in Carrefour, she listens to the chant and says, “You say, ‘You want your mother?’ Well, this mother, who is going into power, don’t think she’ll be a pushover.’’

Cruised into the run-off is hardly the phrase that jumps to mind.

Manigat had a 4.5% popularity and that is why Preval picked her as his candidate. He gave her a bag of cash, a 20 year retroactive pension for her husband, man armoured vehicle, a palace security guard and the promise of his INITE party support in the run-off. In return she allows Preval the right to pick her Prime Minister and Cabinet….effectively leaving Preval in total control – Democratically.

Boulos has assisted in all ways, especially by prostituting his reputation as President of the Chamber of Commerce in sponsoring a few fraudulent polls for Preval.

Anthony St. Pierre is a cocaine operative and is well know for this – by the DEA and others.His partner/cousin is serving a heavy term in the States and Tony was about to be extradited a while ago. Case is still pending.

Youri Lattortue was know as “Mr 30%” during his uncle’s government for demanding 30% of anything he did for anyone.

One of her  lovers, Eric Jean-Baptiste is a well-known cocaine figure and borlette operator. Pere Eternal Borlette has made him millions.

Being intimate with a big moo like Manigat is a frightening concept, but they say “power attracts..”