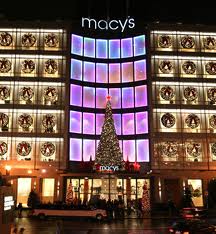 NEW YORK, Oct. 2 (UPI) — U.S. retailer Macy’s said its stores were ready to put the first of its 20,000 art pieces purchased from Haitian artists up for sale.

The order had artists in Haiti scrambling to meet the deadline, The Miami Herald reported Saturday. Many of the artists are still living in tents in the aftermath of the Jan. 12 earthquake. Many are without electricity or running water.

The Herald reported 35 percent of the sales receipts from the Haitian collection would go back to the artists.

Cameron Brohman, co-founder of the Brandaid Project, said Haitians involved in the project quadrupled their income for the year.

Macy’s partnered with Brandaid Project and Fairwinds Trading and had support from the William J. Clinton Foundation in pulling off the rush order, the newspaper said.