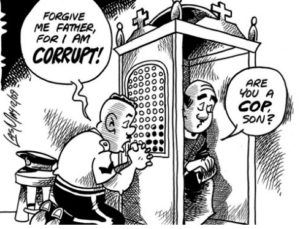 For months Haiti has hosted a team of investigators, looking into the corruption/drug scene in Haiti. Some Haitians have exhibited an arrogant stupidity.

For example, it is rumored that the PNH DDO (Deputy Director West) had over $2,000,000 in a Haitian bank account. How could a guy who earns a PNH salary accumulate this much cash?

How can he be so arrogant to think the Americans would not know what he has in his account? This is a time to hide $$$ in the mattress.

The cocaine traffic, through Haiti, is said to equal 19% of traffic into the States. The DEA is determined.

One would hope that the Americans. In their search for justice, do so in a Democratic way. They should take the biggest offenders first, and work their way down the ladder.