LILIANE PIERRE-PAUL ATTACKS ARISTIDE ON RADIO KISKEYA, LISTING MANY PEOPLE HE HAD KILLED INCLUDING A YOUNG FEMALE AMERICAN-TRAINED POLICE OFFICER WHO REFUSED TO SHAKE HANDS WITH A  GANG-LEADER WHEN ARISTIDE ORDERED HER TO DO SO..

SHE WAS RAPED, BEATEN AND DECAPITATED AS A RESULT OF HER INTEGRITY. 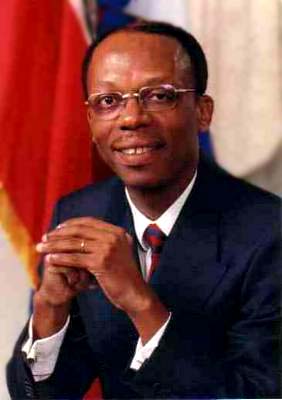