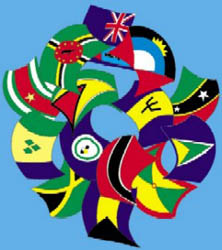 UNITED NATIONS — Officials from the United Nations and the Caribbean said at a biannual meeting on Tuesday that they had made progress on a number of issues of regional interest, including drug trafficking and the U.N. peacekeeping mission in Haiti.

More than 30 representatives of the Caribbean Community, or CARICOM, and various U.N. agencies attended the two-day conference, where climate change, prevention of non-communicable disease and the post-2015 development agenda were among the topics discussed.

But concern remained over how Caribbean nations would work with the U.N. toward global development goals that pose challenges for many of their small-island economies.

“The same barriers that have impeded proper attainment of those goals are going to continue being barriers in the post-2015 and sustainable development agendas,” said Colin Granderson, CARICOM’s assistant secretary general.

“If you don’t have the means to attend to all the services and infrastructure, and all the other requirements of development, then that’s not an achievement,” Granderson said.

Participants at the meeting — the seventh biannual between both sides — agreed to develop a new way to coordinate U.N. activities in the region. Other issues, such as security and combating organized crime, generated a significant amount of discussion.

“The Caribbean is a transit point for drugs and for small arms,” LaRocque said. “We’ve been pushing for [the treaty] for years. It’s not exactly what we had aimed for, but it’s something we can work with as we tackle the scourge of organized crime.”

In his opening remarks on Monday, U.N. Secretary General Ban Ki-moon acknowledged that the Caribbean has an increased profile at the United Nations.

In June, Ambassador John Ashe of Antigua and Barbuda was elected president of the upcoming 68th session of the General Assembly, a role that Ban said will be critical as the U.N. takes up the post-2015 development agenda.

LaRocque said it’s only fitting that a Caribbean national heads that effort. “It’s recognition to the very, very critical and important role that the community has in Haiti and that Haiti has in the community,” he said. “It’s a two-way street.”