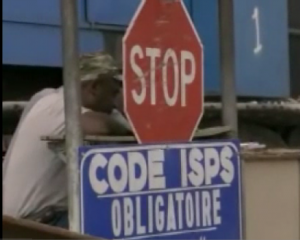 By Edward B. Colby/Wicked Local DedhamDedham’s extensive earthquake relief effort for Haiti has been stymied by bureaucratic holdups there by customs officials who are looking to “squeeze” some money for themselves, the pastor of Dedham’s Haitian church told selectmen tonight.

After a months-long aid effort led by town employee Adrienne Albani and Philippe Emmanuel Joseph of the Dedham Temple Haitian Seventh-Day Adventist Church, a 45-foot-long trailer was shipped to Haiti on Sept. 6.

The container included 3,000 pounds of medications, and hospital beds, clothes, and wheelchairs. But the goods remain locked in the container in the town where it landed, 45 to 50 miles from Port-au-Prince.

Joseph, who spent the last two weeks of October in Haiti, said he provided ample paperwork, but said he was told he needed another permit for the container. The first minister he went to see said it would take a month to get the paper, Joseph said.

Just yesterday, Joseph provided the “bill of landing” to Haiti, but was told he needed a “certificate of freight,” he said, noting that the shipping container said it only does a bill of landing, and not the latter document.

“That’s where we are,” he said. Between the shipping, the three-person ministry team’s trip to Haiti, and phone calls, “we spent close to $10,000, and we still don’t have it yet,” he said.

Town Administrator William Keegan called the situation “a tragedy on top of a tragedy,” and said he is angry about it.

Selectman James MacDonald reminder Joseph of all the worthwhile work that went into getting the trailer ready.

“It’s unfortunate when a corrupt government prevents others from trying to help their people, because the only people that suffer are the people of Haiti,” MacDonald said, adding that he could hear Joseph’s frustration. “Keep up the work. Keep trying, and there will be a day when you’ll be down there to open up the container.”

Joseph said he is very disappointed. He said one of the men who accompanied him to Haiti is going back next week “to see what he can do while he is there to explain to these people this is what we have.”

He said that hopefully after the Haitian election in a few weeks, things will improve, “but for now, it’s like everybody is fighting for their own pocket.”

“It’s a very difficult situation, and we went there with all our hope that we were going to distribute those needed materials,” he said. “But it has not happened yet.”

Dedham Transcript assistant editor Edward B. Colby can be reached at 781-433-8336 or ecolby@wickedlocal.com.