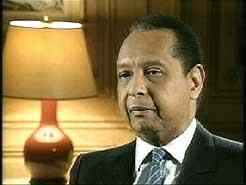 Jean-Claude Duvalier was admitted into Canape Vert Hospital where he is under observation for an orthopedic problem, the result of a motorcycle accident during his teens.

When the population heard of Jean-Claude’s hospitalization, hundreds commenced a silent vigil on the road leading to the facility. Duvalier- contrary to the media propaganda- maintains massive popularity among the Haitian majority. This presents a perceived danger to the Preval attempt to maintain control of the nation.