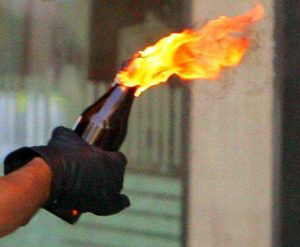 By Ken Ellingwood, Los Angeles Times:
Former President Jean-Bertrand Aristide throws a combustible new element into Haiti’s national elections scheduled for Sunday as he returns after seven years in exile. The polarizing leftist former priest says he’s not returning to politics.
In the face of international pressure to keep him out, former Haitian President Jean-Bertrand Aristide returned home Friday after seven years in exile, tossing a combustible new ingredient into the presidential election that is scheduled to take place Sunday.

Aristide arrived on a charter flight from South Africa, where he has lived for most of the time since he was flown out of Haiti on a U.S.-supplied plane amid turmoil in 2004.

He was greeted at a VIP arrival area at the airport in Port-au-Prince, Haiti’s capital, by some supporters and 100 or so airport workers, some waving little Haitian flags.

Aristide, in a dark suit, waved and clasped his hands as he stepped down to the tarmac, and was then swarmed by dozens of journalists.

Aristide, a leftist former priest, remains a deeply polarizing figure in Haiti, where he is revered by many poor residents as a defender of the downtrodden but detested by wealthy elites and others who see him as a volatile force in the country’s politics.

Speculation over Aristide’s return had gripped the country since the Haitian government issued him a passport in February, just weeks after former Haitian dictator Jean-Claude Duvalier made a surprise return.