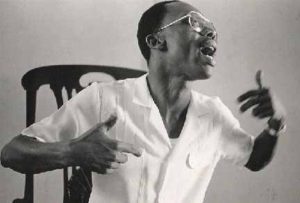 OUR OPINION: President Martelly must change the political climate

President Michel Martelly approaches the one-year anniversary of his inauguration this week with a decidedly mixed record. For the singer-turned-president once known as Sweet Micky, it’s been a painful learning curve.

Much of the rubble is gone and some tent cities have been shut down, most prominently the one in front of the prime minister’s office. But life for the vast majority of Haitians has barely improved, if at all, and the pace of change remains frustratingly slow. Some reconstruction projects are underway — notably a major, new industrial park — but reconstruction as a cohesive, strategic project has largely come to a halt.

• Transparency. Mr. Martelly touts a figure of 1 million students, many in school for the first time. That could be a remarkable achievement but the figure can’t be verified due to a lack of information and clear documentation.

A government subsidy to students ostensibly comes from a tax on overseas phone calls, but more transparency is needed on how much has been collected and where it’s going. A similar lack of verifiable data surrounds other programs.

• Security. Mr. Martelly once promised to restore the armed forces, which were abolished in 1995 because of their abusive past. As president, he has had a change of heart, but here, too, the future remains murky. Last week, U.N. peacekeepers and Haitian police arrested a few members of the lightly armed militias that have been parading around Port-au-Prince in military uniforms asking for Mr. Martelly to make good on his brash and mistaken promise.

A few arrests aren’t enough. Until they are completely disbanded and cleared out of former military bases they now inhabit, their existence will represent a challenge to the government’s authority.

• Jobs and the displaced. Many Haitians were lured out of tent cities by a $500 one-time subsidy to live elsewhere. When the money runs out, they will return to living in the streets if there are no jobs.

Mr. Lamothe represents the last chance for Mr. Martelly’s government to get its house in order. As long as Haiti remains dependent on foreign money, the president can’t control the economy, but he must fix the political climate.

The terms of 10 members of the Senate expired last week, yet there is no date for new elections. Constitutional amendments to give the Haitian diaspora more rights and create a permanent electoral commission remain unratified. These items should be on Mr. Martelly’s priority agenda.

In spite of his shortcomings, Mr. Martelly remains incredibly popular, with some surveys giving him an 80 percent rating. Haiti’s poor believe that he listens to them.

His political capital won’t last long, however, unless Mr. Martelly changes course. Otherwise, Haitians will become disillusioned and Mr. Martelly will be seen as another failed leader in the tradition of Jean-Bertrand Aristide who never lived up to expectations.