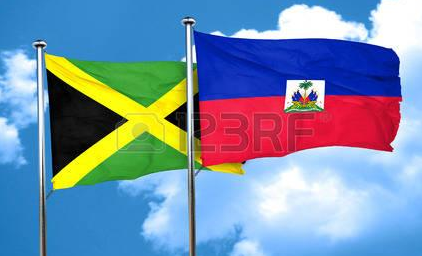 All of us in Jamaica, more than any other people, owe the greatest political and civic debt to Haiti. For this reason I join with the president of our Senate, Tom Tavares-Finson, QC, in urging citizens here and within the region to support the United Nations’ effort in funding to the best of our capacity the post-Matthew rehabilitation.

I give but one example — as spectacular as it is relevant. This year is the 200th anniversary of the grand, epic landing of ‘sail-away’ Jamaicans in Haiti — the first black Jamaicans to be declared free and citizens of Haiti by the personal intervention of a president.

This memorable episode in Jamaica’s history has gone unnoticed, but should be celebrated and used as an educational and political event as we pay tribute and repay our debt to ‘Mother Haiti’.

This is what happened exactly 200 years ago: Jamaica is bursting at the seams with 300,000 enslaved Africans. Haiti is the only true land of the free and the brave, having defeated in battle the enslavers of France, Britain, and Spain before becoming in 1804 the first free state in the western world.

President Jean-Jacques Dessalines, enshrined within the 1805 national constitution, the most humane and politically powerful provision: Any enslaved person of African descent who arrives on the shores of Haiti is automatically freed and a citizen of Haiti.

For the 300,000 enslaved Jamaicans this legal offer was like dangling Trelawny yam before Usain Bolt. They made a ‘run for it’ and tested the resolve of the Haitian Government.

The 170 miles between the two countries became known as the “Freedom Passage” as Jamaican boat people fled to freedom. I present here the details of one such Jamaican freedom voyage. In November 1816, a Jamaican slave owner, James M’Kewan of Port Royal, docked his cargo boat having arrived from Spanish Town harbour. 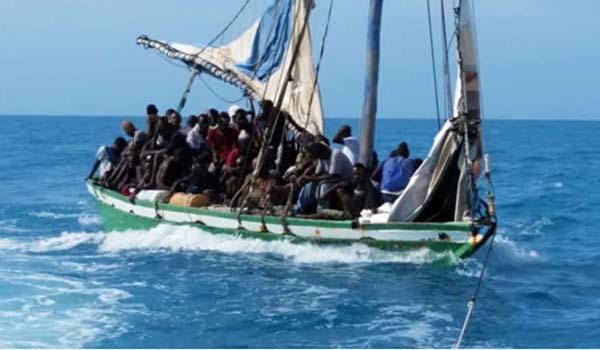 On board his boat, Deep Nine, were 15 enslaved Jamaican men. As M’Kewan stepped ashore to complete the paperwork, his 15 enslaved Jamaicans took control of the boat and sailed away to freedom in Haiti. They arrived at Trou-bon-bon and became Haitian citizens under law.

M’Kewan pursued them and found his empty boat nicely docked at the pier. He petitioned local officials for the return of his ‘property’. He was told to take his boat and leave the place. He returned with Deep Nine to Jamaica and over the Christmas period prepared a case for reparation to the Jamaican Government for the financial loss of the 15 enslaved men.

In the new year, M’Kewan returned to Haiti and lobbied the Haitian Government for the return of his human property. President Alexandre Petion did not grant him an audience, but informed him that the individuals in question were free and citizens of the republic.His letter to M’Kewan stated:

I have received your letter of 28th inst claiming the English schooner Deep Nine, together with the individuals who brought her from Jamaica to Trou-bon-bon, as your property.

I have just given direction for restoring to you the vessel, and everything pertaining to her, but as to the men, they are recognised to be Haitians by the 44th article of the constitution of the republic from the moment they set foot in its territory, and it is out of my power to restore them to you agreeable to your demand.

Each country has its laws, as you must know, Sir, and fortunately for the cause of humanity, Haiti is not the only one where slavery is abolished.The allusion you make in your letter cannot be attended with any serious consequence, because nobody here has been guilty of suborning subjects belonging to other powers; but such persons as arrive in this territory must be protected, since the laws require it.If there be, among the men you claim, any who have committed crimes against the rights of men, they will, on your furnishing me with proof of their crimes, be delivered over to the proper tribunals established for the purpose of taking cognisance of them by the local laws of the country, of which they are now citizens.

I have the honour of saluting you, Sir, with consideration.
A Petion [sic] Port-au-Prince
30th January, 1817 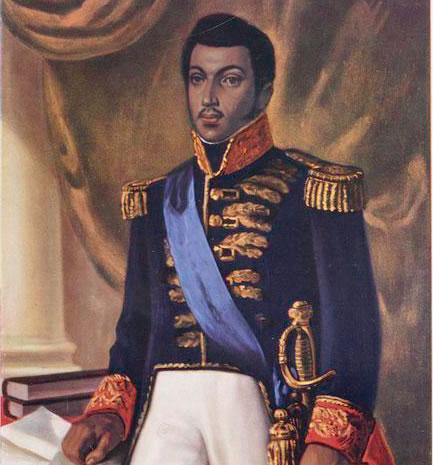 M’Kewan failed to reclaim his ‘human property’.On returning to Jamaica he pressed the Government with his reparations case. The Assembly debated the matter on the December 16, 1817 and voted reparation of £1000 to M’Kewan.
The 15 Jamaicans were just the tip of the free-berg. Hundreds found freedom and citizenship in Haiti. Trou-bonbon is therefore a memorial to Jamaican freedom, and should be recognised as such in this bicentenary moment.

Maybe Culture Minister Olivia “Babsy” Grange should negotiate for the establishment of a suitable monument as the Government prepares an appropriate strategy to facilitate the rehabilitation process.

Such a monument would be a lasting reminder of the human bonds between Jamaicans and Haitians that cannot be shaken by any act of nature. [Source: Journals of the Assembly of Jamaica, November 20, 28,December 9, 1817, Jamaica National Archives, Spanish Town]

Professor Sir Hilary Beckles is an economic historian and vice-chancellor of The University of the West Indies.