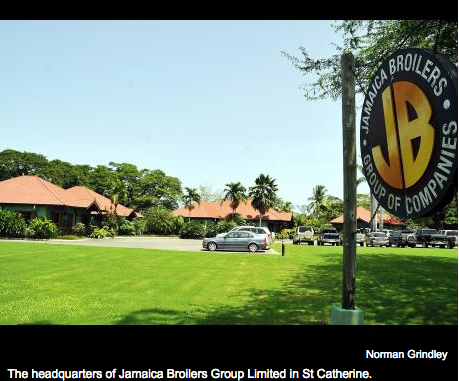 Vice-president of finance, Ian Parsard, told Gleaner Business that growth was achieved in all three geographical segments led by the United States operations, up 21 per cent, mainly driven by the hatchery assets acquired at the end of financial year 2016. The Jamaica operations increased revenue by 12 per cent, fed by its chicken, feed and baby chick product lines, while the Haiti operations continued its “impressive growth”, up 24 per cent.

“We continue to gain market share of table eggs consumed in that country,” Parsard said.

Jamaica Broilers spent roughly $1.4 billion on what it called biological assets for the year ending April, which fuelled its sales. Parsard said these biological assets included breeder birds and fertile hatching eggs, broiler birds in the Jamaica operations and layer birds in Haiti.

The company closed the year to a larger pool of cash, which nearly doubled from $873 million to $1.59 billion, due in part to higher profit.