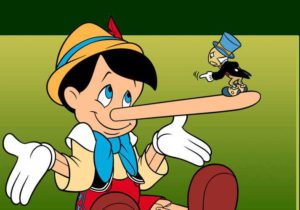 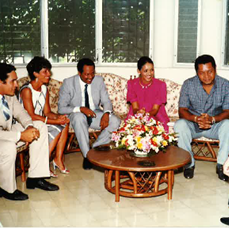 1          This posting is inaccurate at best, and unsigned, so it is also suspicious and suspect. I hope my comments also gets posted, and I am not afraid to sign my name.

2          All the accusations made by Boby Duval and other victims have been documented by Amnesty International.

3          All depostions of made in court were recorded by the international press, and a review will show that what Boby Duval said or did not say.

4          Truly interested truth seekers can find this out by contacting the journalists and international watch groups who were theres. Boby Duval has no political aspirations, all he wants to do and has done for 20 years is serve the youth of Haiti with free sport training, free schooling, free food, free clothing, free shoes.

6          I have worked with him for two years and I can tell you that Boby Duval has no hidden agenda except to make sure that what happened to him and thousands of others cannot happen again. He has no other ambition except to help the youth through the non profit organization Athletique D’Haiti that he has founded and funded for 20 years, without pay or help from the government.

7          If you are trying to destroy a good man’s character, sign your name and show your proof and the correct context of what was said by whom. That photo was taken out of context. It was a business meeting for the Young President Association, where at least 20 people were present.

8          If the attorneys for Duvalier would like to question Mr. Duval, tell them to bring the photo, the hearing is still ongoing. But then, Jean Claude Duvalier should also come back to so that Duval’s attorney can question him about the photo. In a democratic country, it is how it is done, not through nameless and unfounded postings. God Bless Haiti.

1               What a lucky man Boby Duval is to have a supporter like you.  You seem to misunderstand one thing; Any opinion that doesn’t have a specific name attached to it, or any COMMENT is my comment and I am Michael Collins.  I have known Boby Duval for more than 30 years. I have known his father, Claude, and his artist brother Eduoard Carrie-Duval for that long, or longer.

2               The documentation is questionable. Sure, some people suffered atrocious treatment under Francois Duvalier but the presidency of Jean-Claude Duvalier was not the same as his father.  Much of the material, most of the material is based upon very bad reporting and, in many cases, people with other motivations.

3               Boby Duval made claims about his imprisonment that do not match with the facts. For example, he claims to have been starved, while imprisoned, when, in fact, his wife-to-be Monica, his mother, and father carried food to him in the National Penitentiary 3 times a day. Those are the simple facts, and his family will not deny this.

The media, and the court reporter, noted Boby’s sworn testimony to the fact that he had never met Jean-Claude Duvalier. As you probably know, Boby claims to have been imprisoned during the 1970’s and we accept that he was locked up then for involvement in a plot to assassinate President Duvalier. He was caught with a lot of explosives, some pistols, and a few high-powered rifles with telescopic sights, in a nation that carefully controls ownership of weapons or explosives. None of the guns were legal.

4               Boby Duval is creating a political movement at this time, and is    capitalizing on his records as a sports personality, and charitable good deeds. Nothing wrong with this.

6               You have known Boby Duval for two years. We have lived in the same environment with him for more than 30 years. You are naïve and have little or no knowledge of Haiti, its society, or it inner workings.

7               My name is Michael Collins, The picture of Boby Duval, with his wife Monica, Tipush Doyon, Michele Duvalier, and President Jean-Claude Duvalier must have been taken after May 27, 1980 since that is when Jean-Claude married Michele Bennet. Unless my mathematics has failed me, we are witnessing Boby Duval in a friendly meeting with President Duvalier, even though Boby has sworn he never met the man.

The reason for this meeting is a simple one, Boby’s brother, Edouard, the artist, was a good friend of Frantz Bennet, Michele’s brother. Edouard was in bad financial condition and needed help. Boby came to ask for this help and, as a result, the Duvaliers gave Edouard Carrie-Duval $1500.00 per month for two years.

The “bloody,   murderous dictator Duvalier”  supported a poor artist for two years, as he did with many others who had financial problems.  These was even after Edouard painted Duvalier in a wedding dress, as a crazy bride, in 1979, because many in Haitian society were against the Duvalier/Bennet marriage.

As a side issue, Duvalier also supported Jean Dominique’s radio station financially, and we now see the ex-pro-Duvalier Michele Montas as one of the people complaining, along with Boby Duval.

These are the facts, plain and simple. Boby didn’t expect someone to have a photo album with old pictures. It is Boby Duval who has embarrassed himself, and Haiti, with his criminal lies.   When you see your friend – of two years – as my acquaintance of 30 years – how he explains these discrepancies.

I am sure Boby can come up with some wonderful stories but how does he explain his testimony – under oath – that he never met Duvalier??

The bottom line is a simple one. Boby Duval is a disappointment to those who look to him for leadership.

Don’t give me the baloney about how it is done in a Democratic country when you are fully aware of how it is done.  It is usually “Trial by Media” with CNN in the forefront to destroy people by innuendo.   In America, unless you are President Clinton, a lie under oath would see you jailed.

In Haiti, it will be shrugged off and life will move on.

By the way, there is only one other person on the right side of the photograph.

5 thoughts on “ISABELLE ARNOLD LIKES BOBY DUVAL AND THINKS WE HAVE TREATED HIM BADLY WITH OUR ACCUSATIONS OF PERJURY. SHE HAS WRITTEN A NICE LETTER, AND WE HAVE REPLIED.”