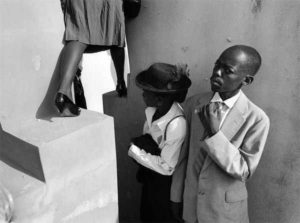 The video is profoundly disturbing. It shows four men, identified as Uruguayan troops from the UN mission in Haiti (Minustah), seemingly in the act of raping an 18-year-old Haitian youth. Two have the victim pinned down on a mattress, with his hands twisted high up his back so that he cannot move. Perhaps the most unnerving part of the video is the constant chorus of laughter from the alleged perpetrators; to them, apparently, it’s just a drunken party.

ABC News reports that a Uruguayan navy lieutenant, Nicolas Casariego, has confirmed the authenticity of the video. A medical certificate filed with the court in Port Salut, a southern coastal town where the incident took place, says that the victim was beaten and had injuries consistent with a sexual assault.

The incident is likely to pour more gasoline on the fire of resentment that Haitians have for the UN troops who have occupied their country for more than seven years. There has been a dire pattern of abuses: in December 2007, more than 100 UN soldiers from Sri Lanka were deported under charges of sexual abuse of under-age girls. In 2005, UN troops went on the rampage in Cité Soleil, one of the poorest areas in Port-au-Prince, killing as many as 23 people, including children, according to witnesses. After the raid, the humanitarian group Doctors Without Borders reported: “On that day, we treated 27 people for gunshot wounds. Of them, around 20 were women under the age of 18.”

WikiLeaks cables released in the last week reveal that the Timothy Carney, representing the United States government as the top-ranking diplomat in Haiti in 2006, warned that such raids would “inevitably cause unintended civilian casualties given the crowded conditions and flimsy construction of tightly packed housing in Cité Soleil”. But Washington – showing its lack of respect for human life in Haiti – offered no objections to further raids, which continued into 2006.

And make no mistake about it: the UN occupation of Haiti is really a US occupation – it is no more a multilateral force than George W Bush’s “coalition of the willing” that invaded Iraq. And it is hardly more legitimate, either: it was sent there in 2004 after a US-led effort toppled Haiti’s democratically elected government. Far from providing security for Haitians in the aftermath of the coup, Minustah stood by while thousands of Haitians who had supported the elected government were killed, and officials of the constitutional government jailed. Recent WikiLeaks cables also confirm that the US government sees Minustah as an instrument of its policy there.

This latest incident could shed some light on the nature of its mission, just as the photos from Abu Ghraib made plain for most of the world the brutality of the US occupation of Iraq. Images cannot be so easily dismissed or buried as words. And the images from this video are symbolic of what the “international community” has been doing to Haiti since the country won its independence from France in the world’s first successful slave-led revolution.

There is no legitimate reason for a military mission of the United Nations in Haiti. The country has no civil war, and is not the subject of a peace-keeping or post-conflict agreement. And the fact that UN troops are immune from prosecution or legal action in Haiti encourages abuses. The occupying troops don’t speak the language either, which severely limits their capacity for any positive security role; can you imagine how effective a police force in Washington, DC would be if it spoke only Japanese?

To make things even worse, it is now virtually certain that Minustah brought the cholera bacteria to Haiti that has killed more than 6,000 Haitians and infected more than 400,000 in the last 10 months. This was an act of gross negligence: there should have been supervision to make sure that fecal waste from UN troops was not dumped into the water supply, given the risks of such a deadly contamination and the known incapacity of Haiti’s water, sanitation and public health system.

How long can Minustah be allowed to continue to occupy and abuse Haiti?