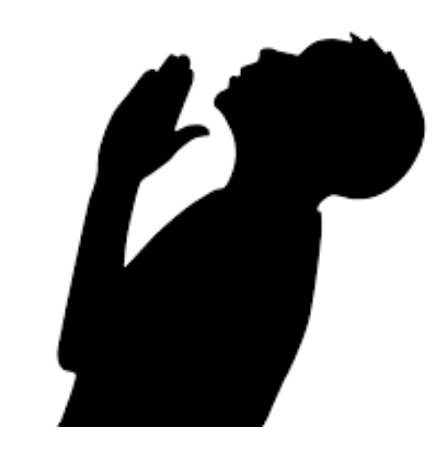 HURRICANE Irma is surging through the Caribbean with the Dominican Republic and Cuba set to face the storm later today as it makes its path north towards Florida – with the United Nations (UN) warning the strongest hurricane ever recorded in the Atlantic could affect up to 49 million people.

So far, 10 people are confirmed to have died as a result of the hurricane, which has devastated the Caribbean and left thousands of people homeless, destroyed countless buildings and left millions without power.

The UN’s ReliefWeb service increased the number of people in the projected path of Irma from 37million to 49million on Thursday morning, suggesting there are no signs the deadly hurricane is expected to slow down.

As Irma surges north, people in Cuba, the Dominican Republic, and Haiti are preparing for the hurricane to hit.

The hurricane is currently moving off the northern coast of the Dominican Republic, where 32 provinces remain on alert.

While Irma is not expected to hit the island head on, the devastating effects that have been seen across the Caribbean after Irma made landfall yesterday means extensive damage is still anticipated.

The Cuban government has quickly evacuated more than 36,000 tourists and residents have been stocking up on essentials as they prepare to ride out the storm.

Meanwhile, the northern coast of Haiti is expected to face the worst of the hurricane as Irma heads north.

Ben Webster, head of emergencies at the British Red Cross, said: “Irma has the potential to be the most destructive and deadly storm in the Caribbean for many years.

“Given the scale of the anticipated emergency, any response will likely be highly complex. Some of the islands are isolated and lack basic infrastructure. The impact on those communities could be catastrophic.”

“British Red Cross has emergency aid ready to go from the regional warehouse, and our aid workers are on standby to support the response as needed, as part of the wider Red Cross Movement operation.”

More than 10.5 million children live in the countries that are expected to be damaged by Hurricane Irma, including three million under five-years-old, according to Unicef.

Hurricane Irma: Damage in the Caribbean

Hurricane Irma sowed a trail of deadly devastation through the Caribbean, reducing to rubble the tropical islands of Barbuda and St Martin and claiming at least nine lives Unicef spokesman Patrick Knight, said: “Our priority is to reach all those children and families in the affected communities as soon as possible.”

The international community is responding to the disaster by providing help and assistance and condolences have been offered by leaders across the world.

A British Navy Ship, Mount Bay, is expected to reach the British Overseas Territories affected by the storm later today.

Royal marines and army engineers will be on board and are ready to help with relief efforts.

Meanwhile, Theresa May and French president Emmanuel Macron spoke on the phone this morning and agreed to cooperate closely, along with the Dutch, to coordinate relief efforts.

A spokesman for the Prime Minister told reporters: “Given what has happened overnight the conversation focused quite significantly on Hurricane Irma. Locals cover windows in the Dominican Republic in preparation for Irma

“The PM updated the president on our response, noting that DfID humanitarian advisers had already deployed to the region to carry out damage assessments and provide humanitarian support.

“Both leaders agreed to cooperate closely, including with the Dutch, to understand the extent of the damage and to coordinate the relief effort.”

The category five storm made landfall early on Wednesday morning, smashing into the tiny island of Barbuda at around 1.47am local time (6.47am BST).

The island has been left “barely habitable” according to Antigua and Barbuda Prime Minister Gaston Browne, who said 95 per cent of the buildings had been leveled and 60 per cent of the population have been left homeless. Mr Browne said: “It is just a total devastation. Barbuda is literally rubble.

“The entire housing stock was damaged… Some have lost whole roofs. Some properties have been totally demolished

“We have estimated the rebuilding efforts to be no less than $150million. That is conservative, because we’re talking about rebuilding everything, all of the institutions, the infrastructure, the telecommunications, the roads… Even the hotels on the island, those are totally demolished, as well. It is terrible.”

A two-year-old child became Irma’s first victim when the toddler died after trying to escape a damaged building with its mother.

Antigua escaped the brunt of the hurricane but strong winds and torrential rain has caused considerable damage to the island. As Barbuda’s larger sister island, Antigua is now expected to help with the evacuation of Barbuda residents as the region prepares for the arrival of Hurricane Jose this weekend.

Anguilla experienced heavy wind and rains of up to 185mph as Irma gradually moved northwards, while damage in nearby St Barts was described as “devastating” and “apocalyptic”.

The weather station on St Bart’s measured winds of 151mph (244kph) as Irma approached the island before the hurricane destroyed the monitoring equipment.

Government offices in St Martin, some of the most sturdy on the island, were completely destroyed as the French overseas territory was devastated by the extreme weather. French interior minister Gerard Collomb told reporters: ”We know that the four most solid buildings on the island have been destroyed which means that more rustic structures have probably been completely or partially destroyed.”

A reporter in St Martin, Xavier Yvon, said palm trees were being blown around “like blades of grass” and the island has been left without power and drinking water, prompting a huge relief effort from France.

Significant damage has been reported on the British Virgin Islands with major facilities, including homes, businesses, and emergency services destroyed by Irma. Trees pictured strewn along the coast in St Martin

Sam Branson, son of Virgin businessman Richard Branson – who saw out the storm in a bunker on his private island of Necker – said “a lot of buildings” had been destroyed.

The US Virgin Islands also faced the catastrophic conditions, with President Trump declaring a state of emergency amid reports of extensive damage across the islands.

Rivers across the island broke their banks and flooded roads as unimaginable downpours left thousands isolated as the islanders, more than three million of them, waited out the storm.

Fourteen hospitals are using generators after losing power, with debris strewn across the island and thousands of homes damaged by the weather as Irma surges towards the Dominican Republic and Haiti.

We have just talked with some Magistrat in Cap Haitian area.
All report that there has been little to no real preparation for the hurricane.
No supplies.
Another case to wait for disaster and try to think of something afterwards.
Nothing learned from Matthew!!
HAITI DESERVES BETTER!!