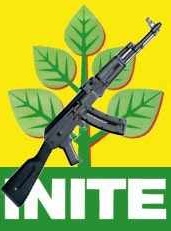 The Haitian society is so fragmented that no one really has control. So we are now seeing some strange partnerships in the ongoing unrest.

It has been suggested that some parts of Lavalas will now support Jude Celestin.

Senator Lambert has already moved to solidify the Celestin/INITE position.

Many weapons have been distributed in various Port-au-Prince slum areas, and around the countryside.

All of this could have been avoided in January, had the International Community heeded the call for a truly independent CEP.

The International Community guaranteed the CEP’s neutrality and look what has happened!!!

It would seem that the Gun is more powerful than Democracy

Here is a photo of INITE’s Head Quarters  on fire- 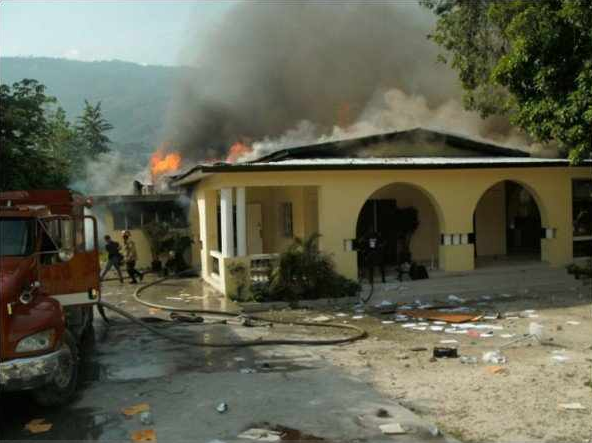