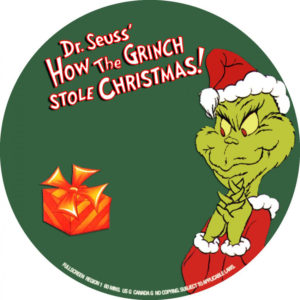 Yes, you heard right… the Minister of the Interior, responsible for protecting the Nation’s security, bought and distributed guns
with money earmarked for our kid’s Christmas. Some of these weapons were responsible for the 7 dead and many injured
during Bel Air violence yesterday.

Many community groups had made plans for Christmas, and submitted proposals for funding by the Minister of Interior. Up
until December 24th they were hopeful, and assured by ministry functionaries, that they would have funding.

Plans had been set for big cauldrons of rice and beans, with a little meat thrown in for luxury. Some candy and – perhaps – a
small toy for the little ones. A few communities had arranged for musicians.

They were left with absolutely nothing as the Minister of Interior distributed weapons, and kid’s Christmas Cash in:

4) Delmas 2 to a group named BASE 117. This group initiated
the violence in Bel-Air and other areas yesterday.

His partners in crime – members of the PSP group, including Deputies Arnel Belezaire (Delmas Tabarre), Pauly Fostin
(Miragoane) and others from this political poison. Minister Ronsard St. Cyr provided CHILDRENS CHRISTMAS CASH for
Moise Jean-Charles effort to generate chaos in Grand Goave last week. Now St. Cyr has promised cash to some Political Zinglendo
in Archahaie in an effort to create chaos.

All of this has been done, by Interior Minister St Cyr, in some insane idea that this will prevent his removal from the Lamothe
Cabinet, for his many crimes and overall incompetence.

In any civilized, law-and-order country, Ronsard St. Cyr would be in jail. In some uncivilized countries, he would be dead.

In Haiti he survives to continue his destructive rule.

Haitians – and especially, the International Community, should remember why Ronsard St. Cyr is a member of the Lamothe
cabinet. Laurent Lamothe cannot be blamed for a bad choice. When it became obvious that Thierry Mayard-Paul had to go –
because of his criminal incompetence – Mayard-Paul, and Queen Sophia, inserted St. Cyr in his place.

It is time for Ronsard St. Cyr to go. He should be brought to Justice but this is an unrealistic hope.

It is time for the International Community to pull its collective head out of the sand and diagnose the real problems in Haiti’s
administration. Queen Sophia, in company with the Mayard-Pauls, is dedicated to screwing up Lamothe and, by doing so, the
entire Nation.

King Martelly goes along with this because his ego is assaulted by Lamothe’s ability to accomplish things…. the first time this has
happened since Duvalier’s departure in 1986.

Everyone must rally to Haiti’s defense.

The sad truth must be recognized.

The criminal Ronsard St. Cyr does not survive without King Martelly and Queen Sophia’s support.

Prove us wrong by firing the son-of-a-bitch and throw him in jail where he belongs!!!