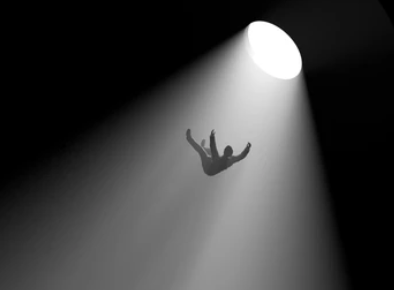 Port-au-Prince (AFP) – As the rising power of criminal gangs plunges Haiti deeper into chaos, health care workers are getting overwhelmed by the number of women being raped by these violent groups, and by the sheer horror of the victims’ ordeals.

“Some of the kidnapped women don’t even know how many men raped them,” said Doctor Judith Fadois, who has worked for the past six years at a Doctors Without Borders (MSF) clinic in Port-au-Prince for victims of sexual violence.

“In some cases, I would speak of mutilation, they were treated like objects so much,” the doctor said of the awful things she has seen and heard at the clinic in recent months.

There is already a taboo surrounding sex crimes in this society widely seen as chauvinist, and that makes it hard enough to talk about rape. But the heightened cruelty of Haitian gangs has stunned some of the medical teams beyond words.

In the past two months, as gangs virtually took control of the capital in the wake of the president’s assassination and a years-long social and economic crisis, the staff at the clinic have heard things that the doctor says she “never thought a human being could do to another human being.”

Hearing the endless tales of “pure torture” that the victims recount when they come to the clinic has also taken its toll on the health care workers who provide assistance to the women, Fadois said.

One of the first people the victims interact with when they call the clinic is Djynie Sonia Dieujuste. She and three colleagues run the emergency hotline, a free and confidential service.

“We are humans, we are women, and there are situations that really affect us,” said the nurse, who answers two or three calls a day.

“Some have suicidal thoughts, which is why we have psychologists available 24 hours a day who take over if it exceeds our ability to deal with it” as nurses, she said.

In early November, a woman calling herself Sophonie — not her real name — was among those who called. The 24-year-old was raped by two men who broke into her home in a working class district of the capital.

“I was asleep and I felt the door open. I thought it was my aunt coming back. They rushed at me, they gagged me and then I passed out,” she said in a small voice.

“When I came to, I was totally naked and my clothes were torn,” she recalled.

After the attack, Sophonie wanted to go to the police. But she had not been able to make out the faces of her assailants, so she gave up on the idea.

Getting treatment and counseling at the MSF center helped, but she still refuses to talk about the rape to those around her, including her college teachers and classmates.

After a week of skipping classes, she simply said she had been ill.

“In the neighborhoods, a person who has suffered rape suffers from stigma,” said Fadois. “So women internalize not talking about it, if it ever happens to them.”

To tackle this taboo, and because no other medical institution was taking on this aspect of public health in Haiti, MSF opened a center called “Pran men’m” (“Take my hand” in Creole) in May 2015.

The clinic is also moving to combat certain customs that hinder the fight against sexual violence.

“In the provinces especially, the tradition is that either we force the girl to marry her attacker, or the family of the victim is financially compensated,” said Fadois.

To extend medical care for sexual violence, MSF has organized training for health professionals from all the hospitals in Haiti.

That has given Fadois a chance to observe up close that the notion of consent was not obvious to her male colleagues, steeped in the macho culture of the country.

“Male doctors were yelling at me, asking me, ‘But where do you come out with this stuff? It’s not something for our culture, for here,'” the doctor recalled.

In six years, she can draw satisfaction from a slow but steady change in attitudes towards rape. On the other hand, the recent rise of gangs in Port-au-Prince is jeopardizing the assistance offered to victims.

“Some say they can’t even leave the place where they are because of the insecurity there: it’s like they’re in prison,” the doctor said helplessly.