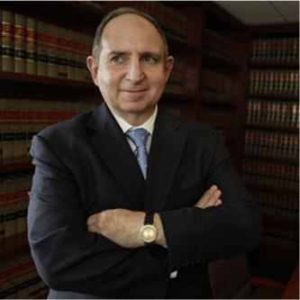 The Haitian government has issued a diplomatic passport to former president Jean-Bertrand Aristide. This is long overdue; Aristide has wanted to return ever since he was forced into exile in 2004.

There is no justification for him not to; he is a Haitian citizen, charged with no crime; and the Haitian constitution explicitly prohibits compulsory political exile. Aristide, The N ew York Times noted during his first exile (1991-1994), “won Haiti’s first and only democratic election overwhelmingly,” followed by a “seven-month tenure [that] was marked by fewer human-rights violations and fewer boat people than any comparable period in modern Haitian history.”

He wants to return home, as a private citizen, and assist in Haiti’s relief effort. He has repeatedly said since 2004 that he wishes to return home to work in the field of education. His two Ph.D.s – one in psychology and the other in African languages – and his history, including seven years teaching in South Africa and the establishment of a medical school and university at the Aristide Foundation are testament to his long involvement in education.

The ball is now in South Africa’s court. Even though Aristide has every right to return under Haitian and international law, documents recently revealed by Wikileaks show that the U.S. and the Brazilian governments have pressured the South African government to keep Aristide there. The United States imposes its will, as the most powerful nation on Earth, to keep in distant exile the deposed president of one of the weakest. Former dictator Jean-Claude Duvalier, meanwhile, walks free, gives press conferences and makes ceremonial visits around Haiti.

The return of Duvalier – accompanied by former death squad leader Louis Jodel Chamblain as his security chief – to Haiti last month revealed the stark double standard in U.S.-Haitian relations, one that harkens back to a shameful era, when the U.S. government propped up the brutal Duvalier regimes for decades. The danger is not only from his impunity, but from the threat of a re-legitimization of Duvalierism. Haiti now stands on the verge of a precipice; an extreme right-wing political turn – one that openly favors the rich and despises the poor – lies below.

The U.S. government is not a neutral spectator to this situation – this is clear from Obama-administration statements more opposed to the idea of Aristide’s return than to Duvalier’s ongoing presence. Even worse, the United States has been pressuring the Haitian authorities into arbitrarily allowing kompa singer Michel Martelly (who is known to have supported Duvalier in the past, and who got the support of just 4.5 percent of registered voters) to proceed to an elections run-off against former first lady Mirlande Manigat (who received 6.4 percent support from registered voters).

Considering what is known of the right-wing proclivities of each, this could be akin to Haiti’s equivalent of a presidential race between an unpopular Republican and an unpopular Tea Party candidate, with no Democrat allowed to compete. Contrary to last week’s media reports, however, the electoral authorities have not yet made a final decision on the elections runoff. It has now emerged that only half of the Electoral Council members actually signed onto the statement announcing Martelly’s advancement; a majority is required.

Ultimately, it is the right of the Haitian people – a right enshrined in Haiti’s constitution and the Universal Declaration of Human Rights – to decide their own political destiny. New first-round elections, including Fanmi Lavalas and all eligible parties this time, are the only democratic way forward. Aristide should also be allowed to return to Haiti. No foreign power – whether the U.S., South Africa, or others – has the right to impede his return. Contrary to what the State Department appears to suggest, by reversing a grave violation of constitutional order when Aristide was ousted, democracy will be strengthened when he comes back, not weakened.

Ira Kurzban was the former general counsel for the government of the Republic of Haiti from 1991 to 2004. He is currently representing former President Aristide.

As usual, Kurzban is marching to a different drummer, one that is out of step with the reality of things.

Let’s stop peddling the garbage that Aristide was the first democratically elected president in Haiti’s history. There have been five others including, believe it or not, François Duvalier.

If Aristide wanted to return, he never  applied for a passport. This has been done within the last couple of weeks, not before.  He could have flown back to Haiti with his expired passport, or no passport at all, as Jean Claude Duvalier did.

His tenure of 7 months was marked by fewer human rights violations…….  Mr. Kurzban, what planet are you from. There were countless human rights viuolations, the most flagrant being the use of Pere Lebrun, a gasoline soaked tire that is placed around a victim’s neck and ignioted with a wooden match. Dozens were given Pere Lebrun, adapted from South Africa, including presidential candidate Sylvio Claude, on September 29, 1991. The FBI  state that their investigations show that Aristide ordered the assassination of Roger Lafontant, on the night of September 29, 1991.

I refer you to Ambassador Ernie Preeg’s 1984 monograph on the Caribbean Basin Initiative in which he said:  “It can honestly be said that the Jean Claude Duvalier presidency is the longest period of violence free stability in the nation’s history…”  This was written for the University of Miami. Look it up.

I was there from 1980 –  1986 and one could travel anywhere, day or night, in complete and total safety. There were tourists. There was investment, There was infrastructure. Literacy rates were increasing and child mortality rates were improving.

These are simple, irrefutable facts.

It is also an irrefutable fact that Democracy has seen a constant decline in all of these areas since the departure of Duvalier. There must be a lesson here??

Jodel Chamblain has nothing to do with the Duvalier security. This is coordinated by retired Colonel Christophe Dardompre  who was illegally jailed during the Aristide/Preval presidencies.

Duvalier travels the country because he is welcomed wherever he goes.  He was mobbed, by thousands, during his recent visit to Leogane.

Aristide may enjoy the same welcome, when he returns.

Let’s get off this Rich and Poor crap, Kurzban!!  You don’t give a diddly for the poor, having taken something like $20,000,000 from Haiti in legal fees.

You are now focused upon 15% from the $6,100,000 frozen in Switzerland, a part of Simone Duvalier’s charity. This does not belong to Jean Claude and he suggested it be released to quake victims on January 15, 2010, three days after the disaster.

Duvalier’s attorney wrote you a letter, suggesting an agreement to release these funds for the benefit of Haiti’s poor and you have not even had the decency to reply. In fact, during a recent conversation with Ginger, a New York Times reporter, you denied receipt of this letter.

You are not only a bum, but you are a  liar!

Lavalas should be included in the elections. It is not Duvalier, who has blocked their participation. Instead, it is Aristide’s partner, Rene Preval. There must bge a message here.

I agree – absolutely – with your comments about the election. Martelly, and Manigat, were at the bottom of the polls, the real polls and not the Preval/Boulos generated ones.  Martelly and Manigat are being forced upon the Haitian people when, in fact, it was Jean Henry Ceant and Charles Baker who should be in the run-off.

Unfortunately, even when you are working on a valid point, your information is fatally flawed. You say half the CEP signed off on the election when in fact, only one person signed and this was the Chairman.  One out of nine is not the absolute majority required by the Electoral Law.

You see, even I can sometimes agree with bums and liars….not often, but sometimes.

Give Jean Bertrand Aristide a break and stop embarrassing him with stupid propaganda.