By Jay Weaver and Jacqueline Charles 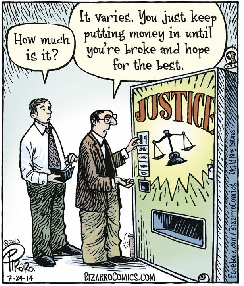 Guy Philippe has apparently run out of moves in his quest to outfox the U.S. government. 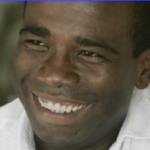 After eluding the feds for a decade in Haiti, Guy Philippe plans to plead guilty in Miami

The former Haitian national police commander who led a revolt against his nation’s president in 2004 and got elected to the Senate last year has agreed to plead guilty on Monday to a drug-related charge, according to a notice filed in Miami federal court on Friday.

It is not clear from the notice whether Philippe, 49, will plead guilty to a principal conspiracy charge of smuggling cocaine from Colombia via Haiti to the United States, or to a secondary conspiracy offense of money laundering in an indictment dating back to 2005. The drug-trafficking charge carries up to life in prison and the money-laundering offense up to 20 years.

In exchange for agreeing to plead guilty to avoid the risk of trial in early May and possible conviction on the main drug-conspiracy charge, it is likely federal prosecutors have offered Philippe a deal that sends him to prison for many years but not the rest of his life.

Philippe’s defense attorney, Zeljka Bozanic, confirmed Saturday that “there is a favorable plea agreement in place” that allows him to avoid a life sentence but she declined to provide details. The U.S. attorney’s office could not be reached for comment.

Philippe had insisted that as an elected Haitian senator, he could not be charged by U.S. authorities and that his Jan. 5 arrest by U.S. Drug Enforcement Administration agents was tantamount to a kidnapping. But a federal judge in Miami ruled against him last month, saying he was not protected by sovereign immunity because he had not been sworn in before his arrest outside a Port-au-Prince radio station.

After that major setback, Philippe, who initially pleaded not guilty, was apparently left with no alternative but to strike a deal with the U.S. attorney’s office.

Philippe’s change of plea is bound to rattle some Haitian lawmakers, along with supporters who have turned his arrest and extradition into a cause célèbre. Supporters have protested his arrest in his western Haiti hometown of Pestel, in front of the U.S. Embassy in Port-au-Prince and in front of the Miami federal courthouse during his January court appearance.

Even Haitian President Jovenel Moïse has weighed in. Though he hasn’t said anything publicly about Philippe’s arrest, Moïse, who openly campaigned for president with Philippe despite his fugitive status, has appointed a number of close Philippe supporters to key government posts. Among them: the head of Philippe’s political party, Jeantel Joseph, who led the protests at the U.S. Embassy and was given a top Haitian government security post.

Last month, Haiti’s Senate spent two days debating Philippe’s case before overwhelmingly approving a resolution “energetically condemning” his arrest and deportation to the United States. They argued that his arrest was an attack on democracy and Haiti’s sovereignty, and demanded a public apology from Police Chief Michel-Ange Gédéon and the head of his judicial police unit, Normil Rameau, whom some Philippe supporters sought to fire this month in retaliation for the arrest.

“The Senate has been discredited,” said Sen. Joseph Lambert, a former president of the chamber and the lone lawmaker to vote against the Philippe resolution while four others abstained, about Philippe’s change of plea. Lambert said the body erred in coming to the defense “of a person whom they didn’t have all the information on [and]… they went as far as to diminish the image of the only security force we have in the country by asking the police chief to give a public apology.”

Philippe is the last high-profile defendant from a U.S. crackdown on cocaine smuggling through Haiti that yielded the convictions of more than a dozen drug traffickers, Haitian senior police officers and a former Haitian senator. Among them: Beaudouin “Jacques” Ketant, a Haitian narco-trafficker who accused former President Jean-Bertrand Aristide of turning a blind eye to the cocaine. Ketant, initially sentenced to 27 years in a U.S. prison, was deported to Haiti in 2015 when his term was cut in half after assisting the feds in their probe.

For more than a decade, federal agents, in collaboration with the Haiti National Police, made at least 10 attempts to arrest Philippe: setting up checkpoints, paying informants, launching a U.S. military operation and pursuing him in a foot chase only to lose him in dense vegetation.

Last month, U.S. District Judge Cecilia Altonaga faulted federal authorities for not making a consistent effort to arrest Philippe since his indictment in late 2005, but found prosecutors did not violate his constitutional right to a speedy trial because he had “reneged” on a promise to turn himself in.

The judge also found that Philippe did not have immunity against prosecution as an elected public official in Haiti.

In her ruling, Altonaga found that while under indictment, Philippe “had direct communications with U.S. officials, during which he assured he was a ‘man of [his] word’ and would turn himself in, yet he later reneged on that promise, even fleeing on foot when pursued by U.S. and Haitian authorities.”

The judge noted that Philippe, a suspected drug trafficker at least since 2000, waited until the day after his arrest to assert his right to a speedy trial.

Philippe’s attorney argued that the trial delay had been “unreasonable” because more than 11 years had passed since the filing of the indictment. “The government has made no meaningful effort during those many years to bring Mr. Philippe to trial,” his attorney wrote in the dismissal motion.

But her motion ignored various U.S. attempts to arrest Philippe during that period, efforts detailed in the Miami Herald and other news media. Nor did the motion acknowledge the 70-day deadline for a speedy trial. The clock only started ticking after the defendant’s first appearance in federal court on Jan. 6.

Though she ultimately sided with federal prosecutors, the judge faulted U.S. authorities for not making a consistent effort to capture Philippe over the past 11 years — despite 10 attempts.

“A rough counting supports the finding the government did nothing to locate and arrest [the] defendant for 91 months — over seven years of the 11 years at issue,” Altonaga wrote in her ruling. “And during some of this time, [the] defendant appears to have been readily accessible: in 2006 at the U.S. embassy [in Port-au-Prince], and in 2007 when he ran for president of Haiti.”

Since his arrest in early January, Philippe has been held at the federal detention center in Miami.

The ex-rebel leader, who led a coup in 2004 that toppled President Aristide, had just been elected to a six-year term in the Haitian parliament as a senator from the Grand’Anse area of Haiti.

I have followed, and been involved in this ongoing scenario since before 2004. It is my personal belief, a belief held by many, that the vendetta against Guy Philippe was initiated by Aristide/Preval as revenge for Guy Philippe’s support of the American government’s desired removal of Aristide, in 2004. That entire move was orchestrated by the Americans who sent a Major General to handle details, here in Haiti, the Dominican Republic, and Panama with Guy Philippe.

There is a strong belief – held by many – that the real truth would put some Americans in jail, for generating what must be false documents and false sworn testimony. People shouldn’t be surprised at this. It happens with some regularity.

The American government had invested “so much face” in the Guy Philippe fiasco that they couldn’t afford to lose, and Guy couldn’t afford to defend himself. There was a lot of verbal support for him, but minimal financial support. One must remember that Justice in American goes to the guy who can afford the best attorneys. In Guy’s case this was $300,000 with a possible increase on demand.

The Americans must have a ‘win’ no matter how small, and were/are willing to spend millions to reach their goal.

Perhaps a guilty plea to “money laundering” for the funds generated by a sale of a piece of Guy’s father’s land, to buy a condo in the States. The obvious question: “What money launderer would use a check to launder money does not enter the game.”

This entire fiasco is a sad reflection on the American system that leaves guilty people like Aristide, Preval, a band of Senators, Deputies and businessmen free.

The Miami Herald article says Ketant accused Aristide “of turning a blind eye to the cocaine coming through…”  this is not true and the Miami Herald should check their files. Ketant said that Aristide was in complete and total control of the cocaine business in Haiti.

Also, Senator Joseph Lambert is hardly one to make saintly comments. Check the files. He owned a boat that was intercepted off Tiburon with 700+  kilos of cocaine on board, along with 14 of his associates. The associates were arrested, then released.

The Senate sat in judgment on Lambert and found him innocent. Of course, those Senators involved in the cocaine business didn’t recuse themselves from sitting in judgment.