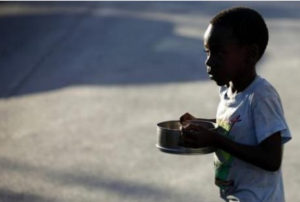 Years ago, Gerard Gourgue, as head of his school, took
funds set aside for poor childrens’ scholarships and paid his daughter’s tuition. He was not poor and, by doing this, he denied some poor children chance at a better life.

As a member of the CNG, immediately after Jean-Claude Duvalier’s 1986 departure, Gerard Gourgue released a number of major drug dealers in return for a payment of $2,500,000. (Cardozo family paid $300,000)

When confronted, Gourgue went to the ambassadors of Panama and the Dominican Republic, asking them to write retroactive, pre-dated letters, requesting the release of their nationals.

Dominican Ambassador Oscar Padilla made a very public statement on this.

It is on record.

As is the fact that – as CNG Minister of Justice- he penciled in Theo Achille’s name on a typewritten list of Duvalierists who were to be held in Haiti, as a result.

Achille had his house and business destroyed. He lost everything, because of Gourgue’s malevolence.

Those who re-write history suggest Gourgue was the only honest member of the Namphy CNG when, in fact, he was the corrupt one.

They also overlook the fact that Gourgue was close to Jean-Claude Duvalier. In fact, he was Duvalier’s professor and drove a Volvo that was a gift from the President.

Duvalier also sold Gourgue an Estime home at half price.

Now there are suggestions that Education Minister Vanneur Pierre will be replaced by Marina Gourgue, Gerard Gourgue’s daughter because it is alleged she has agreed – in advance – to hand over certain educational funds to members of the government inner circle.

President Martelly made a promise to give each and every Haitian child a free education. So far, this has proved to be a difficult, if not impossible dream.

Not a penny of the funds – dedicated to the education of Haiti’s children – should be used for anything else Gerard Gourgue took tuition from the poor, for his daughter.

Now his daughter will have the opportunity to take the tuition from thousands of needy Haitian children. She is supported closely by a trio of other greedy ladies: Myrto Celestin, Magali Racine, and Valerie Milfort within the palace walls.

Marina Gourgue has absolutely no qualification for this most important ministry. This is not the time for “on-the-
job-training!!”

Some in Washington are already aware of many things.

Just because Aristide and Lavalas have collapsed does not mean the International Community will accept what is happening now.

President Martelly: Pwomis se Det – Your children need the education you wish for them.

If it’s not broke, don’t fix it. Leave Vanneur Pierre where he is and do not disrupt the existing coordination of education.

1 thought on “IF IT’S NOT BROKE – DON’T FIX IT!!!! LIKE FATHER LIKE DAUGHTER?? – RUMOR SEES EDUCATION MINISTER VANNEUR PIERRE REPLACED BY DAUGHTER OF GERARD GOURGUE WITHIN THE NEXT FEW DAYS.”