The past few weeks have been some of the most difficult of my presidency. Haitians are no strangers to political instability. Politics is etched into daily life in Haiti — debated in the street and daubed on walls across the country. Political differences are healthy and inherently Haitian. But the current instability comes with a cost we cannot afford to pay.

It has plunged Haiti into a state of gridlock. With a minority in Parliament refusing to vote on the appointment of a government, last year’s budget sat gathering dust, and no easy solution is in sight. So many people require urgent attention: According to the National Council for Food Security, there are approximately 7 million living in poverty, 3 million of whom live in extreme poverty; 350,000 Haitian children do not attend school; and 100,000 children under 5 are malnourished. Haitians have understandably taken to the street demanding answers to pressing questions — and demanding action.

It’s right for the public to hold me, as president, accountable for this country’s governance. I hold myself accountable as well. I was elected by the people with a mandate to improve Haitians’ lives. Each day that our politicians spend fighting among themselves at the expense of the issues that matter to the people — opportunity, safety, rule of law and good governance — is one day too many. I accept my responsibility for that. It is time others do, too.

I am working day and night to fix the current crisis. That has meant trying everything possible to bring together groups for dialogue to find a path forward, no matter how acrimonious the disagreements. It has also meant answering questions that the Haitian people have for me.

The PetroCaribe corruption crisis has plagued our country. Anger is palpable and entirely understandable. For my part, I took to the airwaves to directly answer allegations made against me in a report about PetroCaribe funds. Before running for office, I was a banana farmer and then a successful agricultural entrepreneur in northern Haiti. In 2014, my company was contracted to renovate a road that had fallen into disrepair. The report incorrectly alleges that the work was not done, and that the funds were therefore stolen. That is patently untrue — Agritrans renovated three kilometres of unmetalled road, 85 percent of the total, despite being paid just 35 percent of the total due, or 15 million gourdes. I invite any interested observers to travel to the road and drive along it today.

I have addressed this subject directly and on several occasions. I hope Haitians will see the accusations for what they are: a tool to further the cynical political and financial interests of a small group of people who have been abusing weaknesses in our system for a long time. The PetroCaribe wrongdoing is a decade-old problem, and genuine justice is long overdue. In this hyper-partisan, fractious environment, honesty and justice are distant goals. That is why I am working with the Organization of American States to assemble a team of independent international financial experts for a commission that will work around our broken politics to deliver a fair, credible, objective audit so that Haitian judges can pursue accountability for anyone found to have committed crimes and stolen from the Haitian people.

Appointing this commission is the only way for Haiti’s political system to return to the business of governing. And our first order of business must be to appoint a new government. I have certainly done my part, making compromises in the formation of my own cabinet. Numerous members of the opposition will receive cabinet posts under my proposals. I am ready to go, we need to get moving. There are no excuses left.

The appointment of a government will unlock billions of dollars in development funding that currently sits waiting for our empty parliament to act, earmarked for our electrical grid, agricultural projects and the health and education of the Haitian people. These monies form part of a Citizen’s Development Plan secured from our allies in the United States, Taiwan, Europe, and international financial institutions — it must not be sacrificed on the altar of politics. This is the cost of political gridlock.

While this development plan is crucial and stands to affect Haitians across the country, gaining access to those funds is not the end of the road. We need to think farther ahead. We need to break the cycle of political chaos, thinking past the upcoming parliamentary elections in October and past the end of my administration.

This will be a primary goal of the government I form. I will serve until the end of my term in 2022, then leave office. But without serious, sober reform and commitment to changing who we are truly working for and how we are working for it, the next president — and the president thereafter — will be condemned to face the same challenges that I and those who preceded me have faced. And the people and our country will wind up with nothing.

Working closely with international partners, we will need to design and legislate effective reforms for transparency that have real teeth and give Haitians a sense of accountability and trust in elected officials. We will need to de-politicize and strengthen our electoral commission — to inspire genuine confidence ahead of October’s parliamentary elections. To pass these and other measures, we will need to work together across party lines. Nothing meaningful can be done alone, and I pledge to work with all sectors and parties in Haiti.

We all must be willing. This is difficult and important work that needs to begin immediately. Our country and our people deserve to have hope. They deserve a democratic system that works and a government that gets things done.

The people are waiting.

Jovenel Moise is the president of Haiti. 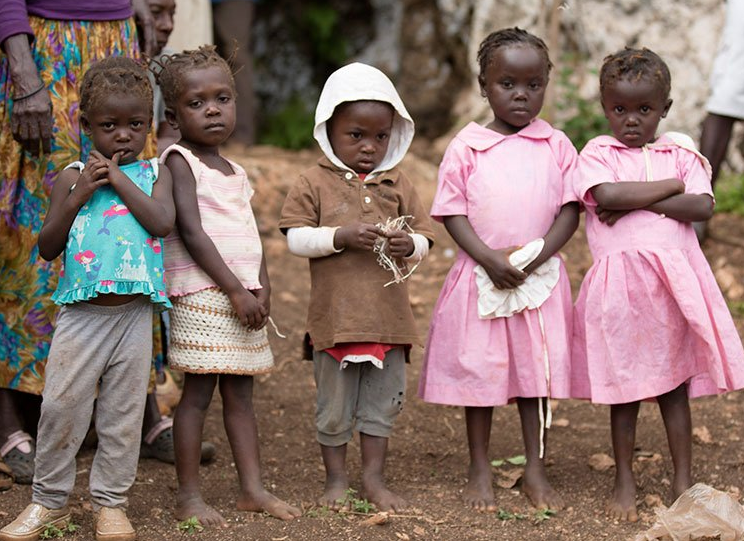