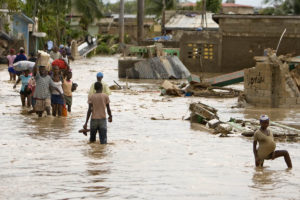 Hurricanes are God’s Will, something that cannot be prevented. However, this is something that can be prepared for. Unfortunately, prepared is not a word to be found in President Preval’s or ex-Prime Minister Michele Duvivier Pierre-Louis’s vocabulary. (The present Prime Minister Bellerive has been a high level member of several past governments, none of which did anything to prepare for hurricanes so the future is predictable.) 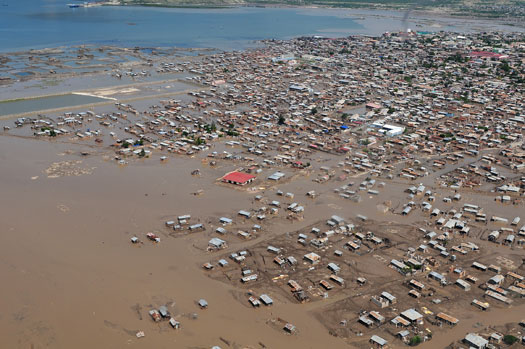 After the 2004 Gonaives hurricane disaster ( that killed many more than Haiti’s government acknowledged) the General heading America’s Southern Command initiated a project to see emergency centers built and stocked by the US Government. When completed, these would cover the Central and South American hurricane zones. One was scheduled for Haiti. All that was required, from the Haitian government, was Title to a piece of property upon which the facility would be constructed. The property had already been surveyed and selected. Haiti’s government had promised approval but President Preval killed the project by simply ignoring it. So, while other nations welcomed this American concept, the building that would have been filled with communications equipment, emergency vehicles, medical supplies, food, water, tents, blankets – all of the things needed by a population faced with overwhelming disaster, remained nothing more than a concept for Haiti. Rene Preval hates Americans and has no respect for his own people, or their desperate needs. So long as he, Elizabeth Delatour, and the members of Groupe de Bourdon, have their plates full, the rest can starve.

2008 – over a period of 30 days- Haiti was pummeled by four successive hurricanes – Fay, Gustav, Hanna and Ike. These systems devastated much of the nation. As an example, in Gonaives over 300,000 were rendered homeless. Caberet was decimated. Dozens of small children were sucked into liquid mud and slowly suffocated. Pictures of their tiny bodies flashed around the world’s e-mail nets. 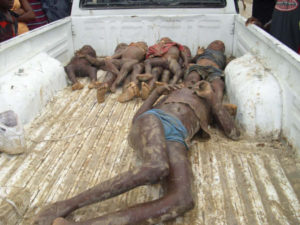 Many Haitians were stranded for days, perched on rooftops without food or water.

These images ricocheted around the world. Luckily the United Nations was already in Haiti. MINUSTAH put its troops, helicopters and ground vehicles into action. Many roads and bridges had been washed away.

The human death toll would have been much higher if the nation had only the government of Preval/Pierre-Louis to depend upon. (As Christmas 2009 approached, the situation had not improved from those terrible times.)
For weeks, supplies could only be delivered to isolated areas by sea or helicopter.

Having been involved with the 2004 hurricane disaster in Gonaives, my team offered immediate assistance, predicated upon the Haitian government lifting of all customs duties, port fees and other charges. I sent 12 e-mails, none of which were acknowledged. Donors experienced frustration with governmental blockages in 2004, frustrations that saw hundreds of donation-filled containers abandoned on the docks, when delays and cockroaches turned contents into expensive, smelly garbage. In 2008 Preval was offered material by the Canadian government and told them he wanted cash – not things. Cash is easier to steal efficiently. Here is one of the e-mails …

We have material for hurricane relief.

What are the procedures to get it into the country without delay?

Have any arrangements been made to waive APN, customs and agent charges?

Do we have to retain a shipping agent in Haiti to clear the containers?

Has the Government of Haiti made any official declaration with regards to the waiving of existing regulations?

This was one of 12 similar e-mail messages I sent to this address. None received an acknowledgement, let alone a useful answer. This is indicative of how Prime Minister Pierre-Louis’ emergency office was run. One must accept the fact the Prime Minister Pierre-Louis didn’t give a damn about the threat faced by Haiti’s majority. This office insisted on control of distribution, which meant control to steal, and steal they did!!!

Prime Minister Pierre-Louis was sworn to act in the Haitian people’s best interests and chose to violate this sacred trust. Thousands died because of her selfish, stupid, self-serving attitude. Perhaps she was just a willing puppet for the President’s agenda and shared in the plunder. She specifically refused to issue a concise press release that guaranteed government lifting of existing customs/APN and other charges.

By keeping the relief programs disorganized Preval, his associates, Jacques Alexis, and the Pierre-Louis government could steal a majority of the material without raising questions. There was no accounting for the donations and the poor victims have absolutely no idea of what the International Community has donated.

Material donations were sold by the container. Almost $197,000,000 of foreign cash donations disappeared. Prime Minister Pierre-Louis knows what happened to these funds and who stole them. She promised a revelation but left office without a word. Her inside circle says Preval was responsible for the theft. As Preval’s friend, of over 40 years, and a partner in an earlier business, Pierre-Louis is seen as a financial benefactor from her term in office. It made her wealthier than she was before being named Prime Minister.

In 2008 truckloads of donated material were driven down Delmas, in Port au Prince, as teams offered the loads to businesses… pennies on the dollar.. Several inquiries into the criminal sale of donated material were started, then allowed to die when public interest focused upon new outrages. Leslie Voltaire, Elizabeth Delatour, and other members of the Preval inner circle – Groupe de Bourdon – made fortunes. Voltaire had already gained over $50,000,000 by stealing, among other things, funds dedicated to scholarships for poor students during the second Aristide presidency. Voltaire, and his cousin Leslie Delatour, had stashed something like $80,000,000 each in offshore accounts during the Aristide years. Now Leslie Delatour’s widow, Elizabeth, was sharing Preval’s bed and the national treasury, even as Leslie Voltaire continued his own personal pillage.

The International Community must demand an accounting and insist on some control over future foreign donations to help Haiti’s 9,000,000. Theft of disaster relief is just one factor that sees Haiti listed as the most corrupt nation as the world.

There is little to no social conscience within Haiti’s leadership.
This must change if the Nation is to survive!
Now is the time to plan for Hurricane Season 2010!!!! 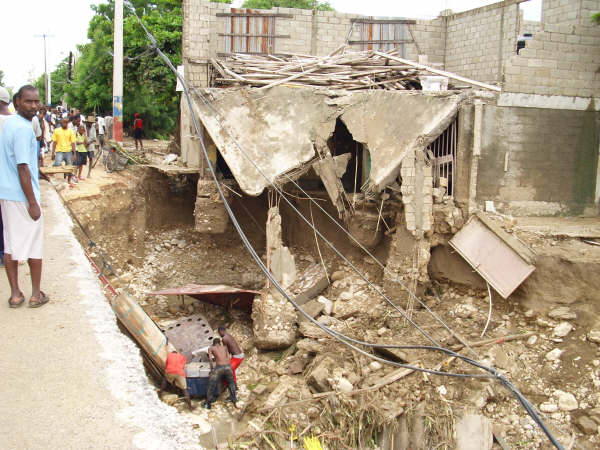 1 thought on “HURRICANE SEASON, A TIME FOR THE CORRUPT TO PROFIT”