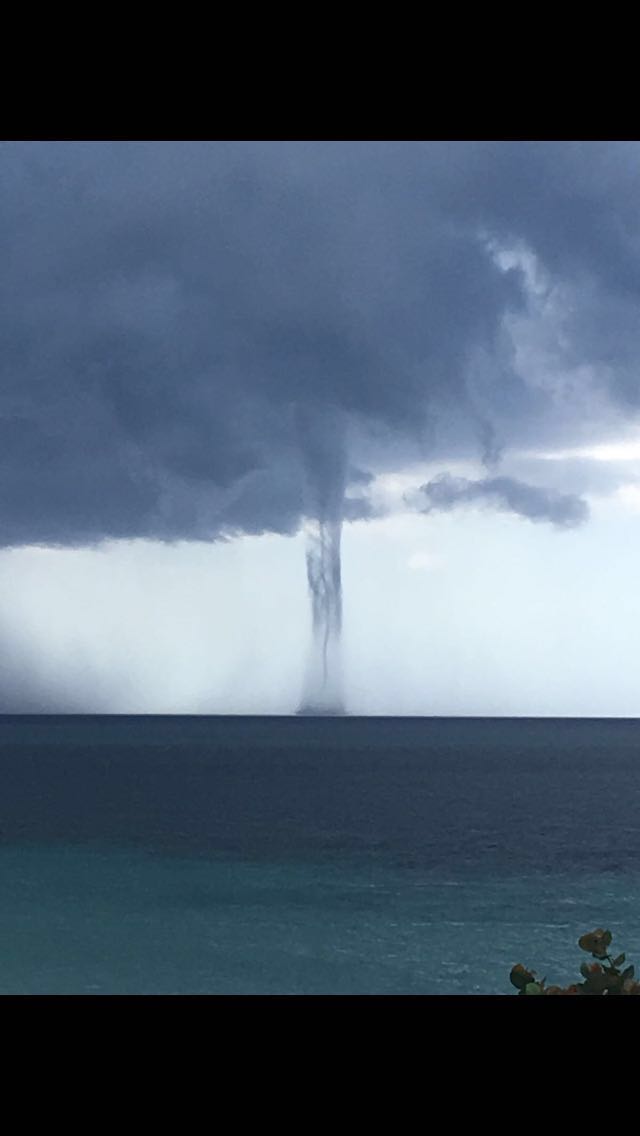 Port-au-Prince (AFP) – Hurricane Matthew pummeled Haiti and moved on to Cuba after killing seven people, unleashing floods and forcing hundreds of thousands to flee the Caribbean’s worst storm in nearly a decade.

Far to the north, the first evacuations were ordered in the United States as coastal dwellers prepared to flee the approaching monster storm, expected off the east coast later this week.

The death toll stood at seven — three in Haiti and four in the Dominican Republic — but was certain to rise as dangerous Matthew bruised its way on.

The full scope of its toll, both human and material, remained unclear. Civil protection officials in Haiti said they were struggling to communicate with the south after Matthew’s furious wind and rain blew down telephone lines.

The bridge that collapsed was on the only road linking Port-au-Prince to the peninsula that makes up southern Haiti.

Next-in-line Cuba was hit late in the afternoon on its eastern tip.

The northern eyewall — the most destructive part of a hurricane, just outside the eye — “is already pounding” the eastern tip of the island, the US National Hurricane Center said.

Americans girded for a taste of nature’s fury. South Carolina said it would start evacuating 1.1 million people from its coast starting Wednesday and try to get them at least 160 kilometers (100 miles) inland. Georgia declared a state of emergency in 13 counties.

“It’s not going to be a fast evacuation. It could take up to several hours,” South Carolina Governor Nikki Haley said. “If you can leave early, do that.”

Matthew made landfall in Haiti shortly after daybreak as an “extremely dangerous” Category Four storm — the maximum is five — near the southwestern town of Les Anglais, packing top winds of around 230 kilometers per hour, the US National Hurricane Center said.

It marked the first time in 52 years that a Category Four storm made landfall in Haiti.

Even before making landfall along the southern edge of a jagged peninsula on Hispaniola — the island that Haiti shares with the Dominican Republic — Matthew was blamed for at least three deaths in Haiti, with fears that the toll could climb.

Four more deaths were reported later in the Dominican Republic.

After Cuba, the storm is expected to hit the Bahamas late Tuesday or Wednesday.

The hurricane was forecast to dump 38 to 63 centimeters (15 to 25 inches) of rain over southern Haiti with up to a meter possible in isolated areas.

Rising waters already have caused extensive flooding in and around the flimsy homes and buildings in Haiti’s southwest.

More than 9,000 Haitians have been evacuated to temporary shelters at area schools and churches, the Interior Ministry said.

But civil protection forces have struggled with locals who refused to leave some of the most vulnerable areas.

They included the capital’s destitute, densely populated neighborhoods, including Cite Soleil — where a fifth of the half-million residents face serious flooding risks — and the seaside Cite L’Eternel.

Part of the seaport city of Les Cayes was underwater after being deluged by Matthew, also blamed for triggering mudslides.

Haiti is home to almost 11 million people, many living in fragile housing.

Thousands are still living in tents in Haiti after the country’s massive earthquake in 2010. Erosion is especially dangerous because of high mountains and a lack of trees and bushes in areas where they have been cut for fuel.

Before Matthew hit Cuba had evacuated some 316,000 people from the east of the island. In the city of Guantanamo, streets were deserted and streetlights dark.

One stalwart who stayed, 63-year-old Roberto Gates, ventured out to buy rum. “I have food for today and tomorrow, and then we’ll see,” Gates said.

USAID said it has dispatched an elite disaster response team to the Bahamas, Haiti and Jamaica.

It also is sending some $400,000 in assistance to aid groups in Haiti and Jamaica and emergency relief supplies including blankets, plastic sheeting and water containers.

The Pentagon said 700 family members were evacuated over the weekend from the Guantanamo Bay US naval base, on Cuba’s eastern tip, to Florida.

The 61 prisoners who remain at the US prison for terror suspects there will stay put but if the storm gets worse they will be moved to shelters on the base, the Pentagon said.

Forecasters predict the hurricane could hit the US East Coast around midweek. Florida and parts of North Carolina have also declared states of emergency.

President Barack Obama on Tuesday postponed a trip to South Florida, where he had planned to attend a campaign event in support of Democratic presidential candidate Hillary Clinton.

“If #Matthew directly impacts FL there will be massive destruction that we haven’t seen in years,” Florida Governor Rick Scott said on Twitter.