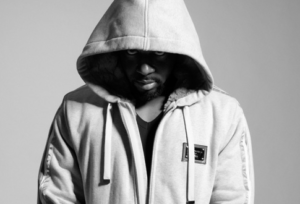 Ah, Wyclef Jean. The onetime Fugee, half-decent solo artist, and would-be Haitian philanthropist’s month has just gotten even worse. First there were the revelations at the beginning of March that the singer’s wife, Marie Claudinette, had discovered a nude picture of his manager, Lisa Ellis, on Wyclef’s phone. Now comes word that Jean’s charity Yele Haiti — long the subject of mismanagement allegations — funneled some $105,000 to Jean’s mistress and personal assistant, Zakiya Khatou-Chevassus, in 2008.
The money was paid to Khatou-Chevassus, listed as a vice president at Yele, for “program development,” but the fact that the $105K is about one-third of all the money the charity spent on management and general expenses in 2008 is raising some eyebrows.

Khatou-Chevassus is generally acknowledged as having worked as Jean’s personal assistant (and for $105 large, I would too), but reports are that it was an open secret that she was also seeing him romantically (which, on the other hand, I’d charge more than $105K to do).

All this comes to light after it was announced that, thanks to ongoing doubts about Yele Haiti’s questionable business practices, the charity would receive just $1 million, or 2.8%, of the more than $35 million raised by the “Hope for Haiti” Telethon that George Clooney helped put together, and which Jean himself co-hosted.

George and the rest of us can all rest assured that the million was undoubtedly well spent.