More and more academic papers that are essentially gobbledegook are being written by computer programs – and accepted at conferences. 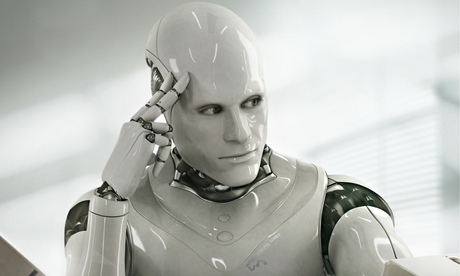 Like all the best hoaxes, there was a serious point to be made. Three MIT graduate students wanted to expose how dodgy scientific conferences pestered researchers for papers, and accepted any old rubbish sent in, knowing that academics would stump up the hefty, till-ringing registration fees.

It took only a handful of days. The students wrote a simple computer program that churned out gobbledegook and presented it as an academic paper. They put their names on one of the papers, sent it to a conference, and promptly had it accepted. The sting, in 2005, revealed a farce that lay at the heart of science.

But this is the hoax that keeps on giving. The creators of the automatic nonsense generator, Jeremy Stribling, Dan Aguayo and Maxwell Krohn, have made the SCIgen program free to download. And scientists have been using it in their droves. This week, Nature reported, French researcher Cyril Labbé revealed that 16 gobbledegook papers created by SCIgen had been used by German academic publisher Springer. More than 100 more fake SCIgen papers were published by the US Institute of Electrical and Electronic Engineers (IEEE). Both organisations have now taken steps to remove the papers.

Hoaxes in academia are nothing new. In 1996, mathematician Alan Sokal riled postmodernists by publishing a nonsense paper in the leading US journal, Social Text. It was laden with meaningless phrases but, as Sokal said, it sounded good to them. Other fields have not been immune. In 1964, critics of modern art were wowed by the work of Pierre Brassau, who turned out to be a four-year-old chimpanzee. In a more convoluted case, Bernard-Henri Lévy, one of France’s best-known philosophers, was left to ponder his own expertise after quoting the lectures of Jean-Baptiste Botul as evidence that Kant was a fake, only to find out that Botul was the fake, an invention of a French reporter.

Just as the students wrote a quick and dirty program to churn out nonsense papers, so Labbé has written one to spot the papers. He has made it freely available, so publishers and conference organisers have no excuse for accepting nonsense work in future.

Krohn, who has now founded a startup called Keybase.io in New York that provides encryption to programmers, said Labbé’s detective work revealed how deep the problem ran. Academics are under intense pressure to publish, conferences and journals want to turn their papers into profits, and universities want them published. “This ought to be a shock to people,” Krohn said. “There’s this whole academic underground where everyone seems to benefit, but they are wasting time and money and adding nothing to science. The institutions are being ripped off, because they pay publishers huge subscriptions for this stuff.”

Krohn sees an arms race brewing, in which computers churn out ever more convincing papers, while other programs are designed to sniff them out. Does he regret the beast he helped unleash, or is he proud that it is still exposing weaknesses in the world of science? “I’m psyched, it’s so great. These papers are so funny, you read them and can’t help but laugh. They are total bullshit. And I don’t see this going away.”

• This article was amended on 27 February 2014, to cite Nature as the source of the story