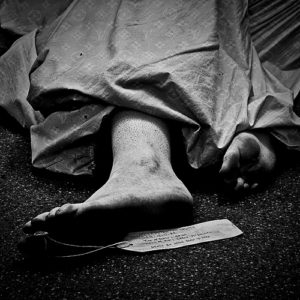 A Harvard University health worker was killed last week as she was just starting a visit to her native Haiti, friends and colleagues said Wednesday.

A US State Department spokesman confirmed the death of Myriam SaintGermain but was unable to provide details.

Friends and relatives said they believe SaintGermain, 40, who was known locally by the last name Durand, was gunned down Friday by armed bandits en route to her hometown of Les Cayes, in the south of Haiti. SaintGermain was killed shortly after leaving the Toussaint Louverture International Airport, said Jacques Jean, president of Mattapan Technology Learning Center, where she volunteered.

A Harvard official said SaintGermain worked for the university for five years as a health assistant in the Health Services Department, where she recorded patients’ vital statistics and led them to doctors.

Jean described his friend of 15 years as a dedicated volunteer at his school. Mattapan Tech, as it is known, provides job training in technology and a clinic for those without citizenship and insurance.

Jean said SaintGermain was traveling to Haiti with the goal of working in poor communities.

“She would go back to Haiti every year just to help,” he said. “She wanted to do everything she could to help the poor community.”

Jean, who has sought information on the case on behalf of the family, said SaintGermain’s body has not been returned to the United States. He said the Haitian government has provided little information on the Boston resident’s death.

“Everybody is trying to figure out what to do,” Jean said. “We don’t have that much help. We’re just waiting for the government to tell us exactly what happened.”

Marjorie A. Brunache, general consul of Haiti in Boston, said she did not know details of the case. A State Department official said embassy officials are in contact with the family and are connecting relatives with the Haitian consulate.

“The Department of State expresses its deepest condolences to Ms. SaintGermain’s family and friends,” the department said in an e-mail.

SaintGermain leaves two children, according to friends and co-workers. Tamara Suttle, a program coordinator and instructor for the Harvard Bridge education and training program, said her friend was a beloved member of the university community.

“You would not believe the amount of grief that is in the entire building,” she said. “Her co-workers, they loved her.”

“She’d come in and I’d give her a hug,” Suttle said. “Everything was about her kids first and then what she needed after.”

Jean said his relatives and members of his organization are postponing a planned mission trip to Haiti because of SaintGermain’s death. The State Department issued a travel warning in August 2013 urging US citizens to exercise caution when visiting the country given its weak emergency response infrastructure. An updated warning was issued in March.

“The Haitian community is a very small community,” Jean said. “To see this happen, it’s really bad. All of us at Mattapan Tech feel really, really affected by this.”

“We are waiting for the body now.”

Faiz Siddiqui can be reached at faiz.siddiqui@globe.com.

There has been a danger to foreigners and Haitians, arriving at our airport. This has not bee addressed effectively by the PNH. Some have suggested an involvement by certain PNH officers. Whatever the case, our entire international reputation is at stake if we continue to have individuals targeted, after leaving the airport.