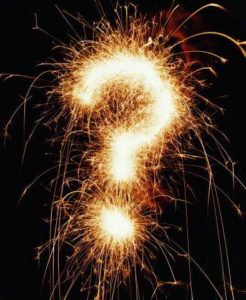 BASSETERRE, St. Kitts – Haitian President Michel Martelly said Friday he has narrowed his list of potential nominees for prime minister to three candidates, including a former rival for the presidency and the man who currently holds the position.

Martelly, speaking to reporters following a meeting of the Caribbean Community in St. Kitts, said he has narrowed his list of nominees to three choices and will make the selection when he returns to his country.

The three candidates are former Justice Minister Bernard Gousse, current Prime Minister Jean-Max Bellerive, and Jean Henry Ceant, who was among the candidates in November’s first round of the presidential election. Martelly won the runoff election in April.

Martelly said he was leaning toward Gousse but plans further negotiations with members of the Senate and Chamber of Deputies, both of which are controlled by the party of former President Rene Preval, whose choice for president was defeated by Martelly.

“I left Haiti yesterday and I left three names in the air,” the president said in the lobby of the hotel where the meeting was held. “I have to go back and select that final name and hoping that it would be ratified … The main thing is to really enter into discussions with the parliamentarians. Do some consultations so that we could secure the ratification.”

The consideration of Ceant is a surprise. Ceant is an attorney and close friend of former President Jean-Bertrand Aristide, who Martelly sharply criticized in the past. Aristide’s political party boycotted the Nov. 28 vote but Ceant was seen as one of several candidates representing Lavalas because of his close ties to Aristide.

Gousse served as justice minister under the interim government of Gerard Latortue, which took office in 2004 after Aristide was ousted in a rebellion during his second term. Human rights groups accused Gousse of persecuting Aristide supporters.

Ceant should not be a surprise to anyone familiar with the situation.

Ceant would have won the November 28, 2010 if the ballots had been properly counted with Baker and Martelly and 2nd and 3rd position. Martelly understands this and has cooperated – closely – with Ceant since then.

In fact, they have met on an almost daily basis.

The present fiasco is seen as an attempt by Martelly to humiliate his former close ally and dilute any political image Ceant possesses. Ceant’s election campaign drew huge crowds everywhere he appeared.

Martelly advisers do not like Ceant since they see him as a challenge to their influence because Ceant in competent and they are a circle of retards.

Martelly’s presidency has yet to get started as he plays stupid games.

People in his office tell of piles of correspondence, not of which has been answered. some opened…much unopened.

Some from key international figures, important to Haiti’s salvation.

Unless he gets some real advisers, and programs his office staff, Martelly will collapse before the end of September.