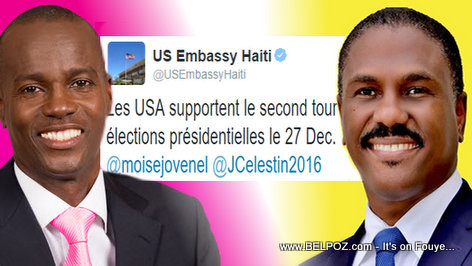 You didn’t miss Haiti’s presidential runoff election on Dec. 27. It was postponed amid accusations that the first round of voting in October was marred by voter fraud and bungling by poll workers.

In other words, just another Haitian election.

Now the runoff will be held Jan. 24 – only two weeks before Haiti’s constitution says a new president must be sworn in on Feb. 7. But given the political swamp Haiti is mired in these days, the odds of an inauguration happening by that date look 50-50 at best.

Today is the sixth anniversary of Haiti’s catastrophic 2010 earthquake – and this latest crisis is the last thing the Western Hemisphere’s poorest and most hapless country needs.

But here’s where we are 12 days before Haiti takes another stab at this:

The problem: Célestin says he won’t take part. He and the rest of Haiti’s political opposition insist the first election was so poorly run and so fraught with fraud that the runoff will be a sham. Last week, a special commission appointed by Martelly all but agreed with them.

Are they right? I asked Eduardo Gamarra, a political expert at Florida International University in Miami, who’s been in the thick of Haiti’s electoral drama as a pollster and consultant.

Full disclosure: Gamarra was once a consultant to Martelly’s former prime minister, Laurent Lamothe, but not to Martelly himself. But Gamarra says he doubts “very much that there was the kind of massive, organized fraud that people are charging” that Martelly’s government engineered.

“One might argue that the biggest and most recurring problem in Haiti is fraud,” Gamarra says. “But the fraud that occurred probably occurred on all sides. And it occurred largely because of the inefficacies of the system. Probably Haiti’s greatest problem is the fact that they have to elect a new [electoral] court” – known as the Provisional Electoral Council, or CEP – “for every new election.

“Not only is that expensive…you’re essentially setting up the country for electoral failure every single time,” largely because of inexperience issues.

Gamarra’s consulting company conducted a poll before the first round that predicted a Moïse victory. He believes Moïse won the Oct.  25 vote legitimately – and he notes a reality he says people outside of Haiti too often forget:

“President Martelly is a very popular man. He may not have been a very good president in the view of many people. But [his approval rating] has consistently polled above 50 percent. So anybody whom Martelly would have endorsed would have automatically had an advantage in the electoral process.”

“The reality,” Gamarra aruges, “is that there were two exit polls – one which was done by the OAS [Organization of American States], which confirmed basically the [official] results. In fact, it gave Jovenel Moïse two points above [that] result.”

Even so, Gamarra acknowledges the widely held suspicion that Martelly is trying to manipulate this election because by law he can’t run for a second term – and that he hopes to use Moïse as a sort of puppet in order to stay in power.

“I’m from Bolivia, and we used to say that in Bolivia all intrigue is true,” Gamarra wryly notes. “I’m beginning to think it’s truer in Haiti.

“But is Martelly going to be able to dictate [what] Moïse is able to do as president? I think it’s arguable. But I would say that probably Jovenel would be much more independent than people speculate.” 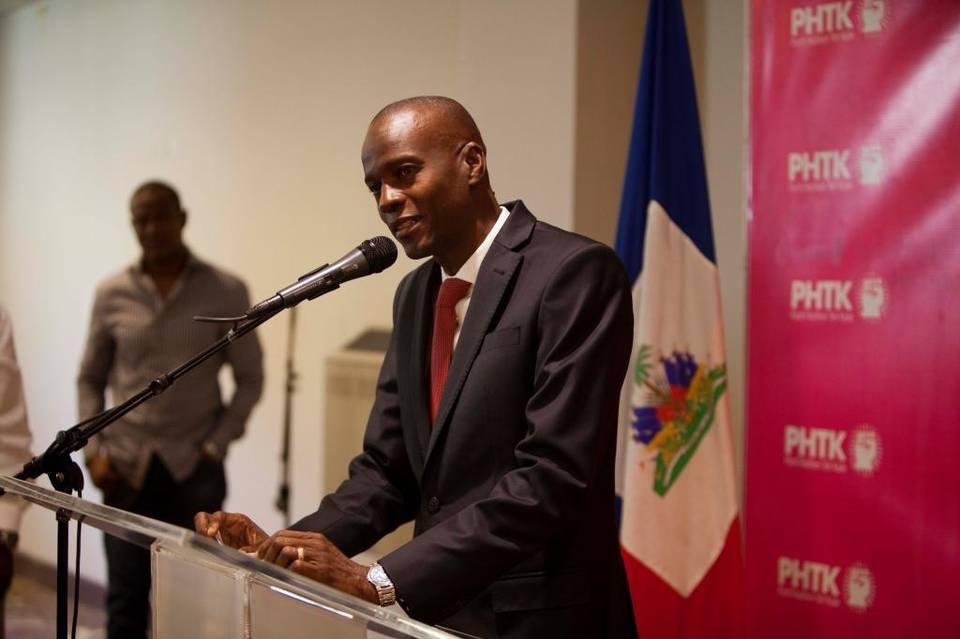 Meanwhile, Haiti is headed into a presidential runoff race on the heels of last week’s Martelly commission report – which concludes that almost two-thirds of Haiti’s election workers aren’t able to do their jobs properly.

As a result, Gamarra too warns that “the same problems that plagued the elections on Oct. 25 are going to be there” on Jan.  24.

And if the runoff can’t be held that day – or if Célestin’s refusal to campaign drains the election of legitimacy – and there isn’t a new president by Feb.  7? Gamarra says his own polling suggests most Haitians would prefer elections to a transitional government. Another scenario: Martelly could stay in office until mid-May, which technically would mark a full five-year term for him, until the problems are fixed.

President Obama sent high-level envoys to Haiti last week to promote the runoff because, as Gamarra points out, the U.S. believes “what Haiti needs above all is stability.”

As a result, Washington has “sort of fallen into the position that bad elections are better than no elections” in Haiti.

Brace yourself for either occurrence in 12 days.