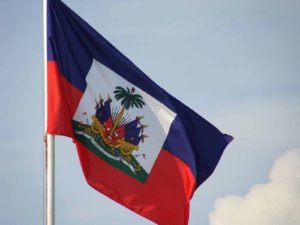 The international community calls on Haitians to vote en masse to decide future in Sunday’s critical presidential and legislative elections.

PORT-AU-PRINCE — Haitians are being urged to go to the polls en masse Sunday to decide which of two presidential candidates is best capable of leading a fragile country as it struggles to recover from the hemisphere’s worst natural disaster, a deadly cholera epidemic and massive unemployment.

In addition to choosing a successor for President René Préval, the country’s 4.7 million voters are also being asked to vote on senators and deputies in 76 runoff legislative races.

“The second round of elections this Sunday … is an important opportunity to advance democracy and political stability in Haiti,’’ said Catherine Ashton, European Union’s representative. “The establishment of a new political leadership capable of meeting the aspirations of Haiti is essential to intensify efforts for reconstruction and development.’’

The European Union, the United States and others have all sought to reassure Haitians in recent days despite looming concerns over violence, integrity of the vote after a first-round marred by widespread fraud, and ongoing calls for cancellations by opposition leaders. Election official have made a number of changes, including replacing hundreds of poll workers. Still, the Organization of American States, which is leading a 200-person observer mission with the Caribbean Community, has criticized the last-minute training.

Also clouding the biggest vote in Haiti in a generation is Friday’s return of former President Jean-Bertrand Aristide after seven years of exile in South Africa. He has reminded Haitians that his Fanmi Lavalas political party was barred from the ballot. Still, he remains on the minds of potential voters.

“I’m waiting for him to tell us what to do,’’ Ericq Pierre, 26 and unemployed, said outside Aristide’s home.

The presidential ballot pits former first lady Mirlande Manigat, 70, and musician Michel “Sweet Micky’’ Martelly, 50, against each other. Aristide opponents, each has been appealing to his base of largely poor, urban and young supporters — while also engaged in last-minute dirty campaigning to attract voters in what some say is a tight race between the two.

Martelly’s supporters have attempted to disrupt Manigat’s rallies. Manigat’s supporters are allegedly behind a text message implying that Aristide had “endorsed’’ her candidacy in his speech.

Supporters of Aristide said he will not endorse any candidate. .

After months of apathy over the elections, Haitians in recent weeks had been debating their choice as the two candidates collected endorsements of students and musical acts, held rallies around the country and participated in the first presidential runoff debate. Both are right of center.

But in recent days, the campaigning has been overshadowed with shootings at rallies, vicious personal attacks (posters compare Martelly to former dictator Jean-Claude “Baby Doc” Duvalier) and bad rumors (the latest is that former President Leslie Manigat is dead. He’s alive, the campaign says, blaming the other camp for the rumor.) Fliers by an unknown group have warned Haitians to stay home on Sunday, threatening violence.

The U.N. peacekeeping mission, known by the acronym MINUSTAH, said it stands ready to assist the Haitian National Police.

“We want a peaceful day of voting, peaceful,’’ said Major Gen. Paul Luiz Guilherme Cruz, Force Commander. “We appeal to all parties involved to contribute to the smooth conduct of the election day and the rest of the process to ensure success.’’

More smoke and mirrors that do not tell the real Truth.

First of all, the claim that this is a neck-and-neck race is simply not true. Manigat has never had any real popularity. Her popularity is a fraudulent game, sponsored by Rene Preval and his partner in crime, Chamber of Commernce President, Reginal Boulos. He has sponsored/created/published a number of false BRIDE  poills that show Manigat with real popularity, when she was something like 4.5%.

Preval wants her as president and Manigat has promised Preval that he can name her Prime Minister and Cabinet, in return for his support, and that of his party INITE.

The international community is going along with this because they want someone they can control.

They are all worried about Martelly, since he seems to be more than independent in his promises of law-and-order, plus education….two important goals.  This worries the MINUSTAH people since Martelly plans to recreate the Haitian security structure and ask MINUSTAH toi leave.

The International Community/MINUSTAH, and American embassy are responsible for the fact Martelly could be president.

Had the November 28 elections been counted fairly, Jean Henry Ceant would be president and the place would already be on the way to recovery.

Leslie Manigat is alive, but is a former shadow of hiumself as he sits in dementia’s haze, pooping in his diapers.

Mirlande Manigat has already found several much younger love interests including Eric Jean Paptiste and an ex-minister by the name of Bonhomme.  She uses the services of her husband’s students, which is all right, but the media should stop painting Martelly as the only one with personal flaws.

Aristide returned to a less than spectacular welcome. There was something like 150 people at the airport, plus 100 airport workers and a 100 media types.  Aristide supporters say this was because he arrived at 11 AM instead of the afternoon and his people would have been there then. In fact, 11AM has been the projected time for Friday morning for the past 10 days….among those coordinating his return.

There is a rumored plat, to the effect that the presidential part of the ballot will be trashed, while keeping the parliamentary vote intact. This will allow the international community the opportunity to amend Haiti’s constitution in a way that will benefit them and – Preval.

The results of the next 12 hours are critical to Haiti’s survival.

The so-called Will of the People must be respected, otherwise there will be chaos.

Martelly’s concert two days ago put more than 500,000 in front of the palace ruins. International media reported 200,000 there., early in the morning, waiting for the concert that would begin  almost 12 hours later.

Anyone who stands in front of the Martelly freight train does so at their own risk.

We would not have chosen Martelly but they always say you get the government you deserve. And, the international community, by their screw up on November 28, 2010…created the Martelly phenomena.

Time to accept the Truth and let Haiti get on with its life, otherwise we are looking at another delay – with Preval in power until December and another electoral process attempted..