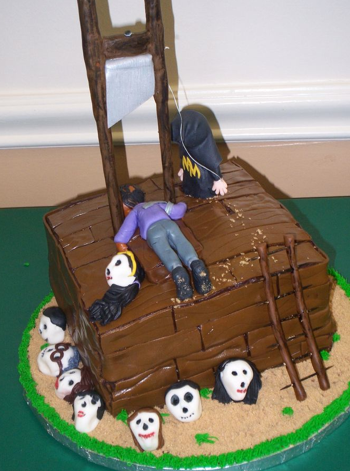 For Michella Louis, summertime in Haiti means dining out with friends and shopping for the latest fashion offerings.

But as Haiti’s domestic currency, the gourde, loses value against the U.S. dollar, Louis, 29, finds herself cutting back on everything — from her social calendar to what she eats and what she wears. She even struggles to find enough gourdes to pay her U.S. dollar-dominated rent.

“The central bank is telling everyone not to panic,” said Louis, a television journalist. “But there are too many reasons to panic: There is a drought that is making it almost impossible to find some foods on the local market; the dollar is scarce. People are raising prices.”

The fiscal problem, economists say, started with the large government deficit of the past two-plus years, resulting in the depreciation of the gourde. The steady but slow depreciation of the gourde over the past year rapidly picked up speed as prices of imports rose, interest rates increased and banks reduced credit. It has resulted in winners and losers: Poor Haitians who receive U.S. $2 billion annually in remittances are now getting more in gourdes, but those who do not are getting hurt as they see prices in their mostly imported staple diet rise.

Middle-class professionals, such as Louis, whose income are in gourdes but make many of their purchases in dollars or pay in dollar-indexed gourdes for everything from cornflakes to cooking oil and clothes to cell phones, are especially being hit hard because salaries don’t stretch as far. Even a recent legislated minimum wage increase hasn’t helped.

In the past 12 months, factory workers, for example, have seen their daily wages increase from 200 gourdes to 240. But with Haiti’s currency devaluing in the same period, they have also been making less in terms of U.S. dollars.

“The money can’t respond to your needs,” sewing machine operator Eddy Jean-Baptiste, 38, said during a lunchtime break at an industrial park.

The financial crunch is being felt throughout Haiti: Often, congested streets and public markets are devoid of traffic, and a government-sponsored mobile food canteen, Ede Pep, attracts dozens of hungry bellies near the razed presidential palace daily.

“The situation is becoming very critical,” said Stephan Coles, the former head of the Private Sector Economic Forum. “The dollar is now becoming just another commodity that you buy and sell.”

Coles, who employs 1,500 Haitians in food and beverage manufacturing, said before the issue became critical in May, buying dollars from local banks to pay his U.S. suppliers was easy. Today, like many business owners, he’s forced to hunt down greenbacks, buying them from clients who are buying them from nongovernmental agencies and reselling to the highest bidder.

“We need to buy U.S. dollars on a regular basis, and the banks tell you they don’t have any. Mind you, you owe the bank and you have to pay the bank at the end of every month,” he said. “I see the potential for many companies to close their doors.”

Central Bank Governor Charles Castel recently sought to quiet the market by pumping U.S. $175 million into the market over the next three months.

“The governor is buying some time trying to get some speculators off the exchange rate market,” economist Kesner Pharel said.

Since September 2014, the central bank’s official gourde rate has jumped from 46 to 56 to the dollar, even as businesses seeking large amounts of dollars have been paying in excess of 60 gourdes over the past three weeks. Meanwhile, foreign aid has dropped from $1.8 billion after the country’s Jan. 12, 2010 earthquake to $500 million last year, according to Castel. The drastic reduction in aid has meant fewer dollars available on the market.

Castel, who had refused until now to further deplete the bank’s dwindling foreign reserves, said Haiti’s economy has a structural problem and reforms are urgently needed. He has blamed the fiscal problem on the trade imbalance — Haiti’s imports are $4 billion compared to $900 million in exports — and the huge demand for dollars to pay for imports.

But many economists say the source of the problem has more to do with government spending, which has put a flood of new gourdes in circulation. In an attempt to stem the tide, the central bank has taken measures to soak up the quantity of gourdes in the market, such as selling bonds at ever-higher rates, creating a credit crunch for businesses and homeowners.

“What the central bank has done is essentially put on the brakes,” said a Haitian banker, whose bank has been forced to raise interests rates on loans and is now required to increase the amount of gourdes it keeps in reserves, thereby limiting what’s available for lending. “People who do not have on their seat belts will hit the windshield.”

Not everyone, however, is bracing themselves for an economic blow.

“Everybody is talking about there is going to be a catastrophe, there are going to be riots because people are going to suffer,” Pierre-Marie Boisson said. “But there will be a massive redistribution of wealth toward the poor, and that is the reason why I am not expecting any riots.”

As a result of the dollar problem, he said, rice farmers in Haiti’s Artibonite Valley, for example, can now compete with the popular, now more expensive, imported “Miami” rice.

Boisson, a board member of the largest remittance-paying company in Haiti, SogeXpress, said Haiti’s currency has been overvalued for several years while public deficits grew.

“The central bank was quietly depleting reserves by indirect means to avoid pressure on the exchange rate over the last two years,” he said. “They actually undertook sensible measures to stabilize the rate and may well be successful keeping it under 60 gourdes for some time.”

No one can say when the fluctuations will end.

Pharel said the main culprit is the Ministry of Finance, which needs to reduce the budget deficit. For example, at the same time the central bank was trying to reduce gourdes, the government put millions into circulation by paying arrears to electricity providers and spending on a host of high-profile construction projects to prop up the expected election campaigns of the president’s supporters. Many of those projects today stand as white elephants all over Port-au-Prince.

“The government, first of all, has got to send better signals,” Pharel said. “They have to show they are spending less money and have more revenues.”

Haiti, he said, is paying for the absence of parliament, which dissolved in January, leaving President Michel Martelly to rule by decree.

“We have no Congress now to control the government, the deficit, so you get some panic,” he said. “On the revenue side, we are getting less money, and they want to spend more money. We tend to finance that.”

The “correction” to the economy, he said, while needed, couldn’t have come at a worse time.

Summer is popular with Haitians in the diaspora, who come to visit family and pump badly needed dollars into the economy. But with Haiti scheduled to hold the first of three elections this year on Aug. 9, Pharel and others fear the uncertainty and growing concerns over violence, will keep the diaspora and its desperately needed U.S. dollars at bay.

“The timing of the election was bad,” Pharel said. “It’s creating pressure on the economy.”

Recently, banks saw their legal reserves for gourdes deposits increase to 44 percent from 38 percent. This was on top of the central bank already selling $70 million in greenbacks in the past eight months.

Meanwhile, Castel has told the country’s nervous private sector that he’s ready to increase legal reserves to 70 percent to further soak up gourdes and reduce demands for dollars. He said he would not tolerate the continuous depreciation of the domestic currency and that the current rate is still too high.

Earlier this month, during a Senate Relations subcommittee hearing on Haiti, U.S. State Department Haiti Coordinator Thomas Adams said “there is not enough foreign aid or remittances to fix Haiti.”

“If Haiti can’t attract more foreign direct investment, it’s going to be the same old story,” he told U.S. lawmakers. “There has been good economic growth in Haiti since the earthquake … 3 to 4 percent. But it needs to be 7 percent to eradicate poverty.”