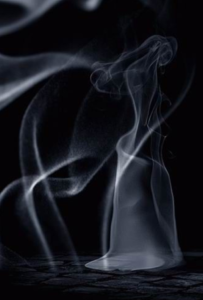 MONTEVIDEO, Uruguay –  A 19-year-old Haitian man who has accused six Uruguayan peacekeepers for the U.N. of sexually abusing him in the poor Caribbean country on Thursday arrived at court to testify to the judge investigating the case.

The young man entered the courtroom in the afternoon. Uruguayan Judge Alejandro Guido and Supreme Court spokesman Raul Oxandabarat earlier told The Associated Press that the man would testify during a closed hearing.

Guido declined to provide more information. But Oxandabarat said the testimony was part of the judicial investigation into the allegations.

“It’s not a penal trial but an inquiry to investigate alleged rape of this young man in Haiti,” the court spokesman said.

Oxandabarat said justice officials had arranged for a translator because the witness speaks Creole. He said a public lawyer was also being provided because the young man’s lawyers were not authorized to practice law in Uruguay.

Local media showed images of the young man in a suit and tie after he landed at Montevideo’s airport Wednesday afternoon. He was accompanied by his mother, two lawyers and a Haitian foreign ministry official.

Last year, the man alleged that he was sexually abused at a U.N. base by six Uruguayan marines who were serving in the U.N. peacekeeping mission in Haiti. One of the peacekeepers recorded the rowdy scene on a cellphone, showing the accuser being pinned down on a mattress as a partially clothed marine simulated rape.

The suspects and their lawyer initially called it a prank that got out of hand, angering many Haitians who already had been demanding a departure by all U.N. peacekeepers.

In a preliminary investigation, the United Nations and Uruguay’s navy determined that the man was not raped, but said peacekeepers broke rules.

Oxandabarat said the next steps in the case would depend on the young man’s testimony.

“The judge will listen to him and allow the different parties to question him again. Then, we’ll see what happens,” the spokesman said.

The marines were sent back to Uruguay after the incident to Uruguay and held in prison for several months. They were released in late 2011 pending the investigation and a military trial.

Gen. Julio Halty, president of Uruguay’s Supreme Military Tribunal, told the AP on Wednesday that the Haitian accuser would not be questioned by a military court. He had said earlier that if the marines were convicted by the military court and sentenced to more jail time than they already served, they would go back behind bars.

The 12,000-strong U.N. peacekeeping mission in Haiti was established by the U.N. Security Council in 2004 to provide stability after a rebellion forced President Jean-Bertrand Aristide out of office and into exile.

The U.N. force is unpopular with many Haitians. A cholera outbreak in October 2010 that was likely introduced by a battalion from Nepal further infuriated critics, touching off riots against the peacekeeping contingent. The cholera outbreak has killed more than 6,200 people since it surfaced, Haiti’s Health Ministry says.

The investigation, and denial is simply a mirror of all other complaints against MINUSTAH in Haiti. The only difference here can be found in the video tape of the rape… which cannot be described as a joke that went bad.

The boy was examined by a foreign medical team and they found injuries consistent with a violent rape. Johny Jean was confined to bed for over two weeks.

Perhaps a polygraph of the four sailors would remove any smoke and mirrors.

The handling of this entire case shows the arrogance of the United nations and its representatives in Haiti.

It is time for MINUSTAH to go, In the meantime, they must have their immunity removed insofar as local crimes are concerned. The MINUSTAH people are involved in the drug and kidnap businesses. Time to make them pay the price.