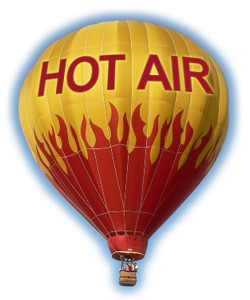 A senior United Nations human rights official said today that post-earthquake development efforts in Haiti should be based on people’s rights, ensuring there is no discrimination in reconstruction plans and that they are guided by transparency and participation of beneficiaries in decision-making.

Kyung-wha Kang, the UN Deputy High Commissioner for Human Rights, who has been on a five-day mission to Haiti, said she was encouraged by President Michel Martelly’s commitment to achieving the fundamental rights of the Haitian people, including economic and social rights, such as housing, education and health.

“Strong leadership and support of the President on human rights is essential to address the systemic shortcomings of the rule of law and to make solid progress on economic development and reconstruction efforts,” Ms. Kang told a news conference in the Haitian capital, Port-au-Prince.

Ms. Kang pointed out foreign aid alone cannot address impediments to human rights in Haiti, which she said were complex and entrenched. She said initiatives by the international community must be part of a broader plan to increase access to adequate housing in the camps and in poor neighbourhoods.

“Only a comprehensive plan for housing, combined with a massive job creation, can break the cycle of extreme poverty and the inability to achieve economic and social rights, in which Haiti has been imprisoned for so many years.”

The Deputy High Commissioner said she had taken note of reports of trafficking of children across the border into the Dominican Republic, and praised the work of national and local authorities, as well as non-governmental organizations (NGOs), in trying to stop the practice.

Ms. Kang, however, stressed the need for devoting additional resources to institutions responsible for protecting children and strengthening the legal framework to curb human trafficking.

She also voiced concern over high levels of gender-based violence, including rape.

“I welcome the existence of a national action plan to combat domestic violence, and I encourage all State authorities to work closely and to increase their efforts to address these endemic and odious practices that cause so much suffering to so many women in Haiti,” she added.

She welcomed the efforts by the judiciary to reduce prolonged pre-trial detention, stressing that the judicial reforms approved four years ago should be implemented for greater judicial capacity and autonomy.

“More investment is needed in the judicial system, not just in buildings, but also in adequate working conditions for its staff. It is imperative that transparent, fair and timely [procedures] are established for the selection and dismissal of judges.”