PORT-AU-PRINCE, Haiti — Haitian President Rene Preval set Nov. 28 as the date voters will choose his successor as leader of the earthquake-shattered Caribbean nation.

The date itself is not a surprise: Haiti’s current constitution mandates elections be held the last Sunday of November in the fifth year of the president’s term.

But opponents had expressed concern that Preval was dragging his feet on holding the election, especially after he signed a decree extending his term by three months if voting was not held on time. That decision was met with protests. He responded by pledging to leave office by Feb. 7, 2011.

Organizing the elections will be no simple task.

The electoral council’s headquarters were destroyed and records lost in the Jan. 12 quake, while millions of voters were either killed, made homeless or displaced. Before the quake Preval’s opponents accused him of manipulating the council to benefit his allies and threatened to disrupt elections if the current officials are not replaced.

The Organization of American States, United Nations and others have pledged support for setting up the elections. Officials cite the need for national organization in the rebuilding and continuing efforts to strengthen democratic institutions in a country where government overthrows have been far more common than free elections.

Haiti’s constitution does not permit Preval to run again. 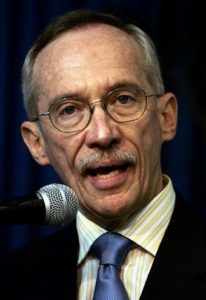 MULET – “THERE WILL BE NO ELECTIONS.”

Two days ago Mulet spoke to a friend. In a tape recording of that conversation Mulet comments…

Mulet went on to describe the reasons he would eventually give as to why the election could not be held. He will claim that it is “technically impossible”…. And…”too much insecurity…”

We must remember that MINUSTAH gave Preval the presidency even though he only received 23% of the votes. MINUSTAH, under the control of the Brazilian and Chilean leadership, in company with Rene Momplaisir – leader of the popular organizations – decided that they should avoid a constitutionally mandated run-off by giving Preval 51% of the vote, without consulting the other candidates, the Chamber of Deputies, or the Senate.

Unless someone does something – NOW!!! – the clock will run out and the Mulet/UN strategy will become a fact.

They will then look to the creation of an Interim Government – to remain in office for 5 years – change the constitution via a Constitutional Assembly – and place Bill Clinton as overall czar of the entire Haitian Reconstruction Programme.