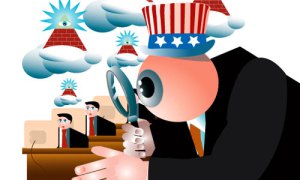 “This ruling is important because far too often we find that photographers don’t have the power to stand up to those that infringe with impunity. I hope that this sends a message, but in reality we need a cultural change so that once again photographs are valued.”

Photographers have struggled financially over the last decade as millions of images have been taken and published on the Web without proper attribution or compensation. And when photographers try to pursue copyright violators, it is often difficult and expensive. On Friday, the Haitian photographer Daniel Morel won a major copyright victory after a four-year fight over images he had originally sent out via social media.

A Manhattan jury found that Agence France-Presse and its American distributor Getty Images willfully infringed upon Mr. Morel’s copyright of eight pictures he took of the 2010 Haiti earthquake and awarded him $1.22 million.

“During the earthquake, they were selling my exclusive photos for $45,” Mr. Morel said after the ruling. “This is wrong. Not only did these agencies steal the photos, but they were also giving them away.”

His photographs were originally posted on TwitPic, a website that allows users to put pictures on Twitter, by Mr. Morel hours after the earthquake on Jan. 12, 2010. It was then reposted by a Twitter user named Lisandro Suero, who claimed they were his. Agence France-Presse took the photos from TwitPic and distributed them to clients. Getty Images distributed the photos in the United States.

The photographs moved by Getty were used on NYTimes.com briefly that evening. The images also were used by The Washington Post, ABC, CBS and others who settled with Mr. Morel before Friday’s ruling.