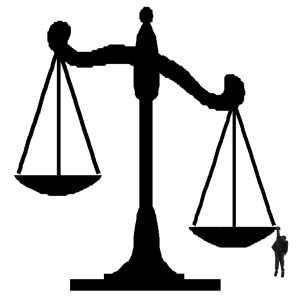 PORT-AU-PRINCE, Haiti (defend.ht) – Haitian judges will meet with the Minister of Justice, Michel Brunache, on Monday to urge the executive to establish the Supreme Council of the Judicial Power (CSPJ), a body needed to make the judiciary independent.

The National Association of Haitian Magistrates (ANAMAH) are threatening a work stoppage saying there is nothing holding up the establishment of the CSPJ, ratified by law in 2007.

The appointment of judges to the seats Supreme Court – 4 are still empty – is necessary for establishing the body. The ANAMAH argues that the will of the executive is the hold up.

”…we must remind society that President Martelly, himself, who is constituted as the head of the executive, since the campaign said if he is president on Saturday he will set [the CSPJ] up on Sunday or the Monday after….”

”This means whatever the team, whatever the new executive team, none have the will to make the judiciary independent.”

The ANAMAH representatives speaking on Vision 2000 said that for many years the executive has controlled the judiciary power. They believe that impunity has been able to exist in Haiti because of the weakness of the judiciary.

In order to set up the CSPJ, the 12-member Supreme Court must be established. The supreme court remains with only 4 vacancies today. It has its president and vice-president.

In the past administration, former President Rene Preval had sought a majority in parliament before making the decision of supreme court judges because ratification by parliament is required.

The association of magistrates will meet with the Minister of Justice, Michel Brunache on Monday at 2pm. The union has already, since December 30, warned of a work stoppage if within a month the CSPJ is not set.

Haitian clerks and bailiffs have been on strike for other reasons pertaining to their work, since January 16.