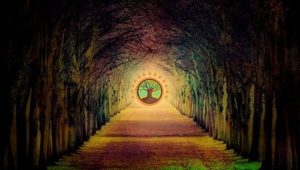 An old friend of mine may be the best chance — if not the obvious one — to relieve the agony that continues to grip Haiti.

I left Haiti for good in 1995, a year after Jean-Bertrand Aristide, a democratically elected president who had been overthrown early in a military coup, returned to the country.

Aristide left in disgrace after a second term in 2004, a departure choreographed and abetted by the United States after years of corruption and mendacity; nothing new there. He recently was issued a diplomatic passport to return.

For the last months of my time in Haiti, I had a neighbor, a phenomenally popular singer known as Sweet Micky. Sweet Micky and I were an unusual pair: a diplomat who supported Aristide and arguably Haiti’s most famous pop singer and entertainer who opposed Aristide and what he stood for.

Micky’s concerts would usually begin around 11 p.m. and conclude around 4 or 5 in the morning. He would never leave the stage, sipping whisky all the time, and weaving his potent spell on an audience ever more rapturous.

We spent many nights together, in the hills above Port-au-Prince; me, the midlevel diplomat, and Micky — Michel Martelly — who would always bring the bottle, and set it on a table between us. We would talk late into the night about a Haiti he envisioned, but one that seemed so elusive then, and perhaps now as well.

He and I would discuss politics, and he told me he had political ambitions, which, of course, I dismissed as delusional.

Delusional, that is, until I got a call several months ago from his wife, who told me that Micky had decided to “do it.”

“Run for president!” she said.

Micky left a message for me on my answering machine several days later saying he was going to run. My first thought was he had about enough qualifications to be president of Haiti as I did. But his energy and his vaguely populist ideology clearly touched the masses of Haitians, and as I write this, he has now been declared to be one of the two candidates who will meet in the important run-off election March 20 to choose Haiti’s next president.

Initially thinking he would make a terrible president, I think differently now. It is a difference borne out of 200 years of Haiti the underdog, Haiti the ignored, Haiti the despairing. Fifteen years ago, he and I sipped Scotch well into the late hours of the night, talked about Haiti, his dreams, his ambitions. And I — naively, I now realize — dismissed them as both fantasy and the opinions of a right-wing ideologue. I did not agree with them then and most likely do not now — though I hope he perhaps may have mellowed a bit in the intervening years.

But no more. I hope he becomes the next president of Haiti. He of the “tet kale,” the “bald head,” in Haitian Creole.

Sweet Micky — or Michel Martelly as he is in “real life” — shares in Haiti’s separate and shared agony, which, for hundreds of years, has been conducted in silence and often in whispers. Now I hope it will be characterized by the political equivalent of his ear-splitting boom box, and his indefatigable energy, and so what if he knows nothing about governing? There is time for him to learn, even on the job if necessary.

Stan Schrager is a retired foreign service officer who served at the U.S. Embassy in Port-au-Prince, Haiti. He lives in Tampa.

3 thoughts on “Haitian hope: Sweet Micky may revive the nation”