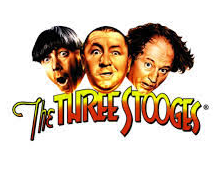 Several hundreds of workers of contract factories demonstrated Monday in the streets of Port-au-Prince to express their anger at the too low minimum wage adjustment that is proposed, on the background of aggravation of the precariousness in Haiti.

In its report released Friday, the high council of wages, installed in June by the government to find a solution to the crisis, it was estimated that the daily minimum wage could be increased to 35 gourdes (55 cents.

“Thirty-five gourdes, it will not send our children to school, it will not pay our rents. Imagine, the transport to go from home to the factory already costs 35 gourdes”, storm Patricia Joseph at the head of the procession mainly composed of women.

“I cast a message to Martine Moses: you are a woman, you know our pain and you know that, if today we are in the streets protesting, it is not 35 gourds that will make a difference”, will enrage the female protester at the site of the First lady.

This movement began in may in the wake of the drastic rise in fuel prices which has further increased the inflation, already more than 10% since the second half of 2015.

To restore the public finances afloat, the government has decided to increase the price of kerosene by 17%, gasoline 18.5% and that of diesel by 20%, in spite of the unpopularity of the measure among the poor majority of the inhabitants.

If they rant against what they consider to be exploitation on the part of their bosses, the workers of contract factories want more of the president Jovenel Moses, who they accuse of not defending their interests.

“Jovenel leans more in favor of the bosses because they have funded his campaign. It is that fact that it does not have the prestige of a president capable of controlling a country: it is manipulated by the bosses who give orders”, accuses Reginald Orel Lafontant. “He wants to satisfy the interests of the bourgeois, but the voice of the people is the voice of God and it is most many that these gentlemen”, threat there, while stating that the protests will not cease with the respect of their claim for a wage to 800 gourdes per day. 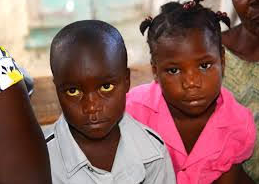 The three guys on this commission were not qualified.

They have created an impossible situation for Jovenel, just another step on the route to disaster.

This stupidity will see ongoing labor manifestations, sponsored by several OAS members, interested in stealing our assembly jobs. Coupled with other problems, already expanding to an explosive stage, many believe he will not survive beyond September.

Much of Jovenel’s problems are caused by actions – or inaction of people inside the Palace.

Some are already considering formal resignations, from the Jovenel team.

Others will just slide into the dark and hope to be forgotten.
Since Jovenel is not paying salaries, and more than simple assembly workers are being challenged, he seems to be purposely creating conditions for his government’s collapse.

A very sad, sad situation for all of us who really wanted Jovenel to succeed.