Down 0 – 2 early to self-inflicted defensive lapses, Haiti stormed back against Canada to win 3 – 2 and advance for the first time in history to the Gold Cup Semifinals. 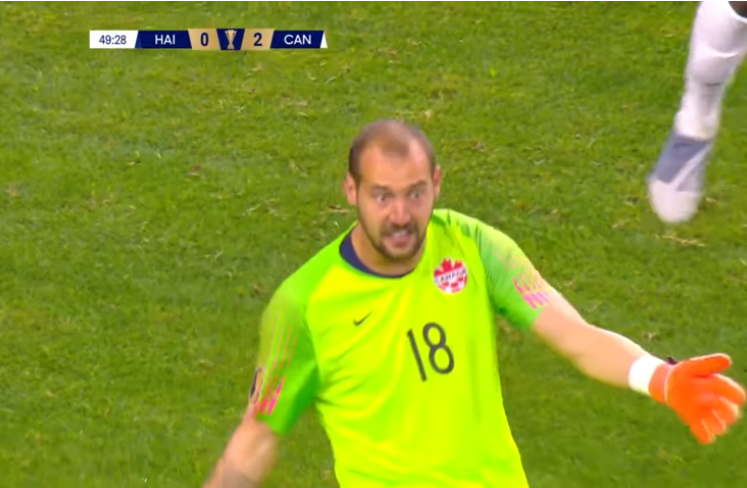 It was the third time in this 2019 Gold Cup that undefeated Haiti went into half time down. Against Canada in the quarterfinals, Haiti was down 0 – 2 by the 28th minute and into the second half.

18′:Jonathan David, a Haitian player for Canada and the leading scorer in the Gold Cup, slipped cleanly behind two Haitian defenders from a set piece to score a goal.

50′:Haiti’s Duckens Nazon kept the pressure on to run down a lazy pass to the goalkeeper by Canada’s Marcus Godinho. Nazon strong footed the ball through the goalkeeper to give Haiti hope.

70′:Herve Bazile is fouled inside the box off a pass from Nazon. He nailed the PK to equalize.

76′:The final point came off of a beautiful assist from Nazon to Wilde-Donald Guerrier, who slipped behind three Canadian defenders focused on the dangerous Nazon. Guerrier, with two fancy touches, got the ball into the net past Canada’s goalie.